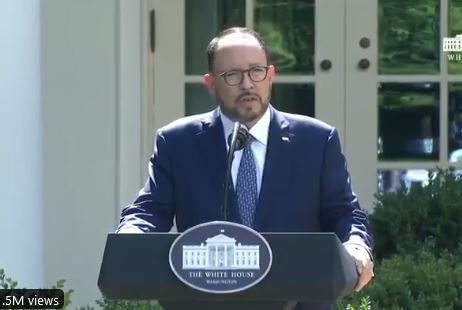 Robert Unanue: We’re all truly blessed at the same time to have a leader like President Trump who is a builder. And that’s what my grandfather did. He came to this country to build, to grow, to prosper. And so we have an incredible builder and we pray for our leadership, our president. And we pray for our country that we will continue to prosper and to grow.

CEO of Goya Foods, Robert Unanue: “We’re all truly blessed to have a leader like President @realDonaldTrump” pic.twitter.com/vqMP4C3rqb