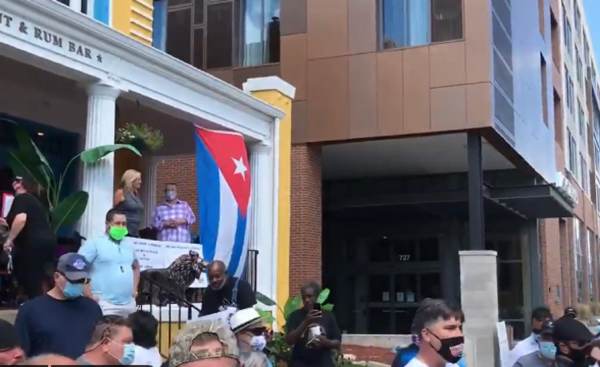 A brave Louisville restaurant owner is standing up to the Black Lives Matter mob and has put them on blast for using “mafia tactics” in an attempt to shake down local businesses.

The Cuban business owner, Fernando Martinez, owner of La Bodeguita de Mima, had his business vandalized for refusing to comply with a lengthy set of demands sent to local businesses.

“On Thursday, a small group of protesters returned to the restaurant after seeing Martinez’s post about the demands on Facebook. While there, one protester smashed a flower pot outside the business, while the rest spoke with Martinez and other employees about why the demands are needed,” the Courier Journal reported.

In response to his business being targeted, he organized a protest of Cuban business owners to stand against Black Lives Matter’s bullying.