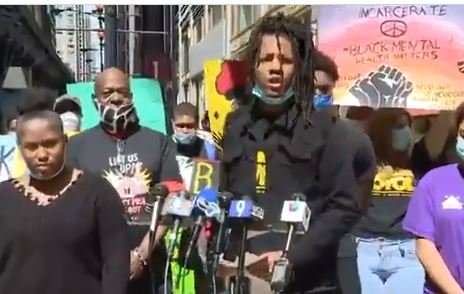 A teen activist in Chicago who rallied to defund police and remove police from schools was shot dead on Friday.

Caleb Reed was found shot in the head.
No suspect has been named in the shooting.

Caleb lived and was shot in our ward this weekend. He was a light in our community that was extinguished too soon. We need to address the root causes of #GunViolence so that we stop losing our people. I ask that people help continue the work he was doing and pray for the family. https://t.co/WFWv9DXY2Z

TRENDING: “Why Are You Going Out of State? I Can See It at the Airports!” -Ugh- Watch NM Governor Grisham Lecture Her Constituents Like Mom (VIDEO)

The young activist spoke out against police.

This is Caleb Reed, a Freedom Fighter, speaking at a press conference in early June demanding #CopsOutCPS.

Such a beautiful soul. Rest in peace. pic.twitter.com/3JJWRP6uVq