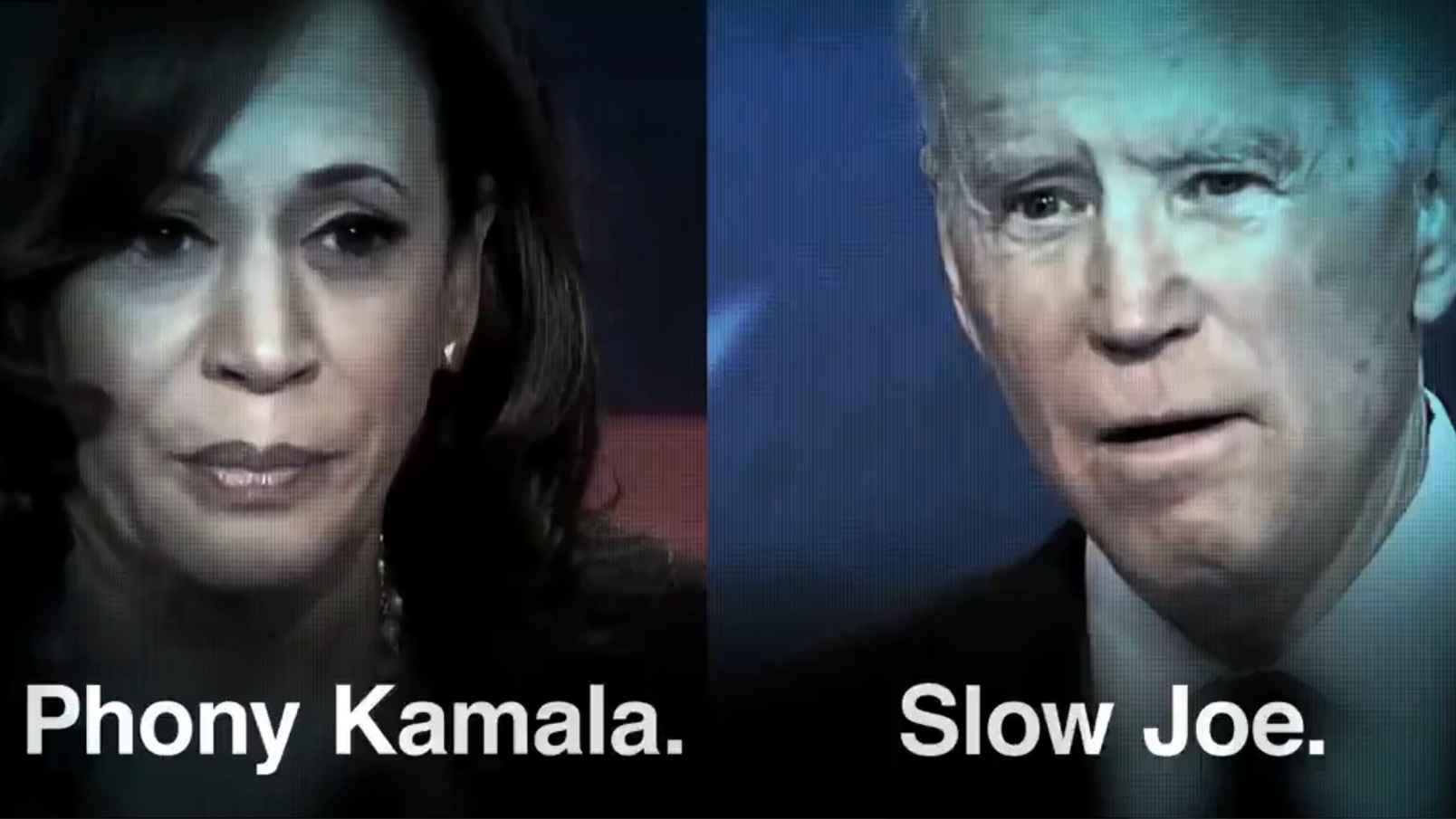 Why I Am Confident Trump Will Smash the Left and Win

The big news of the day is that Joe Biden has picked a running mate in Kamala Harris, a demagogic woman who called him a racist, and couldn’t win a primary in her own state because Democrat voters didn’t think she was “authentic.” Nonetheless, leftists at MSNBC and other DNC propaganda venues are falling over themselves calling the choice historic and inspiring because of her skin color. The Biden-Harris ticket is now a rallying cry for the hate-Trump-and-white-America left. According to MSNBC’s Joy Ann Reid, the Biden-Harris ticket will be greeted by a massive turnout of black America for the Democrats in November. Traditionally Democrats get over 90% of the black vote.

Not so fast. There were actually two events today. The other was the release of a Trump ad responding to Biden’s announcement. If the Republican ticket were headed by any Republican except Trump, there might be some reality to the claim that Harris adds a serious dimension to the ticket. A normal Republican would be skittish about going to the mat with the woman who if elected would – given Biden’s declining condition – be effectively the next president of the United States. After all, she’s black, and therefore untouchable.

But a look at Trump’s ad shows that, far from deferring to a political opportunist and serial liar like Harris because of her skin color, Trump is prepared to go to the mat to defeat her and her running mate. In other words, Trump is going into battle just as if Kamala were not black – or more accurately, brown (she’s half-Indian) – which is the true measure of equal treatment, albeit a measure that Democrats’ don’t really want. In the Trump ad the Biden-Harris ticket is skewered as “Sleepy Joe” and “Phony Kamala” – a sobriquet that underscores the Machiavellian character of a woman who called her running mate a racist before wooing him and whose only stable principle is “the ends justify the means.” In other words, Trump will take on the ticket with a woman chosen for her skin color with no punches pulled.