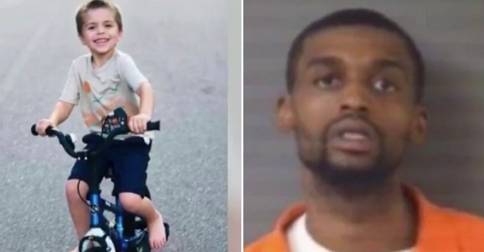 It is a story that shocks the conscience. Even amid all of the death and atrocity in the world, it stands out, and sticks with you. Five-year-old Cannon Hinnant was murdered in cold blood this past Sunday while out riding a bike in front of his father’s house. The alleged killer, Darius Sessoms, was witnessed walking right up to the child, putting the gun to his head, and pulling the trigger. An execution at point blank range, of a small child, in front of his sisters who were also playing outside at the time.

Sessoms initially fled the scene but was caught hours later. It is still not known why he allegedly committed this unspeakable atrocity, though at one level it doesn’t matter. It is obviously a hideous evil no matter the motivation. But you cannot help but ask why, especially when you realize that Sessoms was the next door neighbor, and according to some witnesses, he had just been over for dinner the night before. Whatever the answer to the “why” question — and I suspect we may never be given a coherent one — a beautiful and joyful child has been taken from the world, and the hole left in his absence will never be filled. That is one thing we know for sure.

Here’s another thing. The name Cannon Hinnant would be known across the country, and the name Darius Sessoms reviled the world over, if the races were reversed. A story of a white man running up to a black child and executing him while he rode his bike would be front page news for weeks. And there would almost certainly be rioting, spurned on in part by the incessant coverage.

Instead, this story has gotten almost no coverage by the American national media. And when I say “no coverage,” I really mean no coverage. A visual here will be instructive.