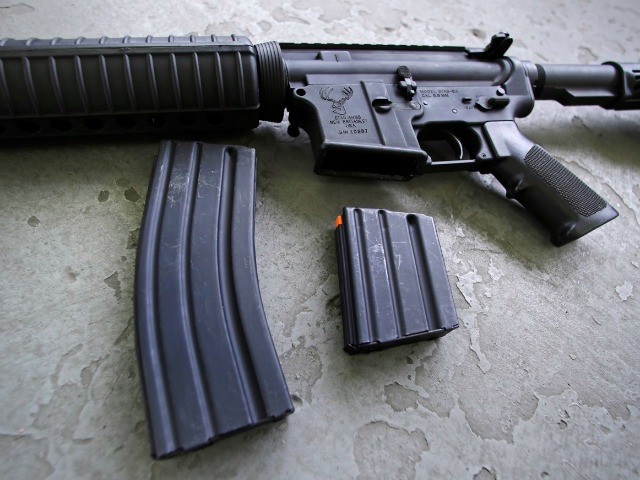 The 9th Circuit Court of Appeals in Sacramento, California overturned the state’s ban on magazines that can hold more than 10 rounds of ammunition, declaring Friday that it is at odds with the Second Amendment.

Appellate Judge Kenneth Lee, one of two judges to declare the gun law unconstitutional, said the ban “strikes at the core of the Second Amendment — the right to armed self-defense,” according to the Associated Press. Lee also insisted that the laws were passed after mass shootings, and responses to those tragic instances aren’t sufficient justifications to bar citizens from owning “half of all magazines in America,” AP reported.

California Attorney General Xavier Becerra said he’s reviewing the decision and is committed to ensuring the defense of his state’s “gun safety laws.”

“Until further proceedings in the courts, the stay on the injunction issued by the district court remains in place,” Beccera’s office told the news wire in a statement. “The Attorney General remains committed to using every tool possible to defend California’s gun safety laws and keep our communities safe.”

Magazines holding more than 10 rounds have been banned in California since 2000, according to ABC 7. The ruling could create legal precedent that could also apply to other states that have similar magazine restrictions, AP reported.

California Rifle & Pistol Association attorney Chuck Michel called the judges’ decision a “huge victory” for the “right to choose to own a firearm,” according to AP.

A judge had a similar verdict in March of 2019 when he ruled the ban unconstitutional, but one week later backed down when the California AG appealed the ruling, according to ABC 7. Some gun owners took advantage of what they called “Freedom Week” and bulk ordered high-capacity magazines when the law wasn’t enforced, the local outlet reported.

Magazines bought during “Freedom Week” were allowed to be possessed even after the law went back into effect, according to ABC 7.

Content created by The Daily Caller News Foundation is available without charge to any eligible news publisher that can provide a large audience. For licensing opportunities of our original content, please contact [email protected]