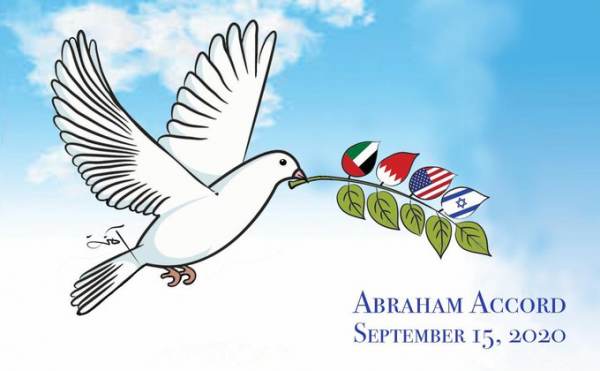 This illustration ran in the ‘Al Ittihad’ newspaper in Bahrain today.

Luca Toccalini is an Italian politician and Federal Secretary of the Youth League in Italy.

The Lega Giovani, a youth conservative movement, released a statement on Tuesday in support of the candidacy of President Donald Trump for the Nobel Peace Prize.

This Italian youth league is the latest European entity to support the Nobel Peace Prize for President Donald Trump.
President Trump will sign the historic Israel-Bahrain deal on Tuesday at the White House.