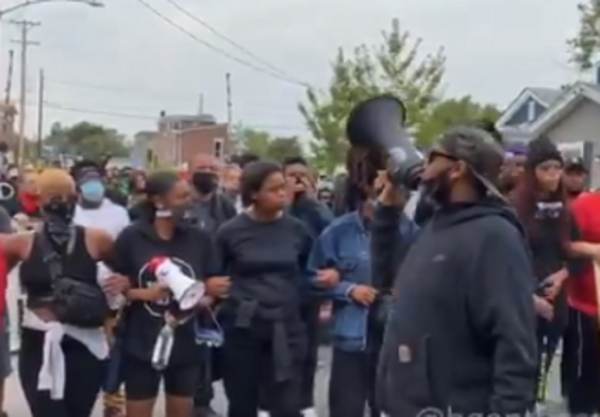 The Louisville Black Lives Matter “protesters” that took to the streets over the Breonna Taylor announcement are segregating by race and gender.

“No one is to cross in front of the Black women,” a racist leader told the crowd as they formed into lines with black women at the front.

The “protesters” were organized into lines starting with black women, followed by a row of black men, then everyone else.

Kentucky Attorney General Daniel Cameron announced on Wednesday that there will be no charges filed against two of the Louisville police officers involved in the shooting of Breonna Taylor, while the third was charged with “wanton endangerment.” However, the charges stem from bullets that entered another apartment — not for shooting at Taylor.