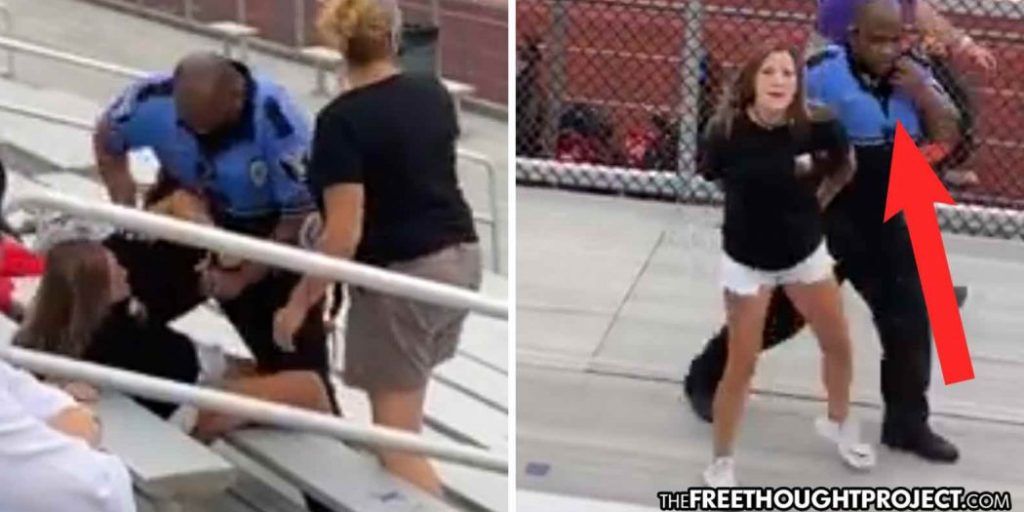 Mother Tasered, Arrested at Son’s Game for Not Wearing a Mask Outside

By Cops Not Properly Wearing Masks

Logan, OH — On both sides of the mask debate exist levels of anger, hatred, and ignorance like we here at TFTP have never seen. Since mask wearing has been politicized, we have seen people being killed for asking others to mask up, and being gunned down by police after refusing to mask up. Video after video has surfaced showing mask shamers wishing death on innocent children as anti-maskers attack other innocent people. TFTP has even reported on Metro Nashville At-Large Council Member Sharon Hurt who suggested charging people with attempted murder or murder for refusing to wear a mask.

It is important to point out that TFTP, in no way, supports government mask mandates of any sort. One does not need to be ordered around like a child in order to protect themselves and those around them from a pandemic. We are watching the tyranny unfold in Australia lately in regard to mask mandates and it now appears to be spreading to the United States.

While many people will agree that wearing a mask indoors when in public areas is a deterrent to releasing droplets which may lend to the spread of COVID-19, wearing a mask outdoors, especially when socially distant from others, likely does very little. Nevertheless, police in Ohio were filmed this week going to great lengths to enforce an outdoor mask mandate on a mother who was well over 6 feet from anyone else.

Noncompliance with state mask mandates during an eighth-grade football game resulted in the tasing and arrest of a student’s mother this week.

The Logan Police Department is now facing backlash after the video of the mother’s arrest went viral.

“The police officer attempted to detain her, she resisted … she wasn’t hurting anybody,” said Skylar Steward, identifying the woman being tasered and arrested as his son’s mother, Alecia Kitts of Marietta, and the arresting officer as one Officer Smith before calling on his viewership to “fill Logan with protestors.”

As the video shows, Kitts actively resisted the officer who was attempting to arrest her for not wearing a mask outside. When the massive officer could not get her to comply, he pulled out a taser, shocked her and then handcuffed her.

Tiffany Lynn, who posted the video online, pointed out that neither of the officers arresting Kitts were properly wearing their masks.

Here u can also see very clearly that NEITHER of these cops even had a mask on, (or it was pulled down, serving absolutely no purpose, in the male officers case) yet they’re arresting this girl for not wearing a mask

As the video shows, when the officers are hauling off Kitts, ironically enough, neither one of them are properly wearing their masks, highlighting the arbitrary nature of this enforcement. In fact, officer Smith has his mask pulled all the way down past his chin, exposing his face just like the woman he is arrested for exposing her face.

Officials who saw the videos or witnessed the incident spoke Wednesday following the game, expressing their different views on the matter.