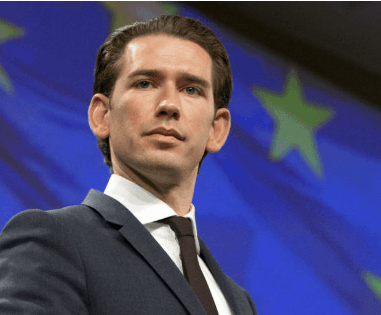 Austrian Chancellor Sebastian Kurz has rejected migrant redistribution as a failed policy, saying that the EU’s latest plans will not work.

The Austrian Chancellor made his comments as the European Union looks to radically reform its migrant policies. According to Kurz, proposals to redistribute migrants from states like Italy and Greece will not work.

“We find that the distribution in Europe [of migrants] has failed and many states reject this. It won’t work like this,” Kurz told AFP on Tuesday. He advocated instead that the European Union focus more on protecting its external borders, along with working together to fight against people-traffickers and aiding migrants closer to home.

“The European Union is more than just Germany and France… As a small or medium-sized state, of course, one has to always look for alliances, and in an EU with 27 member-states one can only assert ideas if there are others that support them,” he said.

The comments come just weeks after Kurz labelled the opening of Europe’s borders during the 2015 migrant crisis as a mistake.

“The policy of open borders didn’t just lead to the fact that a lot of people made their way to Europe causing a massive burden in large parts of central Europe,” he said. “It also meant that the smugglers have earned enormous sums of money and countless people have drowned in the Mediterranean Sea.”

Kurz also noted that since 2015 there has been a surge of antisemitism, saying: “We are facing antisemitism that is partly imported.”