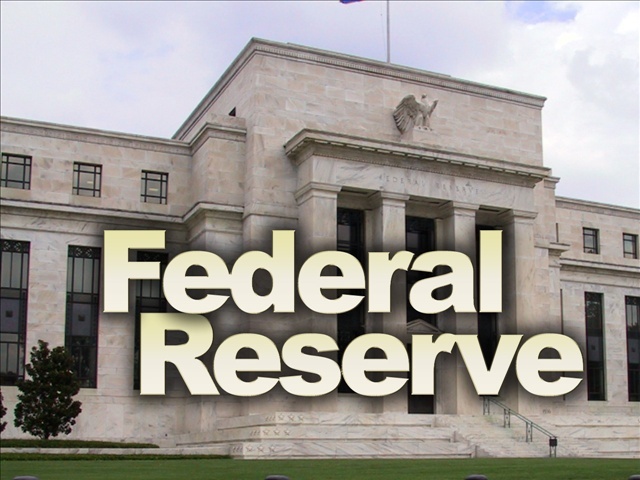 On The Destruction Of The World Economy By The Central Banks

For years, we have been warning about dire consequences if central banks continue to meddle in the economy and financial markets. In December 2013, we wrote

There is a serious possibility that the measures taken by the central banks have already created a situation in which their actions increase rather than decrease financial instability. This is due to the fact that, if the actual price of an asset does not meet its market–based value, the true level of risk is not properly revealed.

During the “Coronavirus rescue” by the major central banks from March through June of this year, we essentially ran down the clock. No viable paths remain to escape the vicious feedback loop between central banks and financial markets – at least without serious repercussions.

Over the years, central banks have created conditions where prices in capital markets—and by implication, the resulting capital allocation structure—have become distorted to a previously unimaginable degree.

This has resulted in three extremely troublesome fragilities at the heart of the world economy.

First, it has led to ‘yield hunting’ among investors, who are forced to seek higher yields from riskier financial products.

Secondly, it has led to a permanent central bank intervention in the financial markets, because without it a crash would surely occur.

Thirdly – and this is something that has received much too little attention – the massive capital misallocations due to unnaturally low interest rates have ‘hollowed-out’ vast sectors of the global economy.

We have been focusing on the fragility of the financial markets frequently lately, so this time we will concentrate on the capital misallocation issue instead, though the two are inherently linked.

The driving force of the economy

In March 2019 we devoted the entirety of the Q-Review to explain why global economic growth has sputtered since 2009.

We explored, extensively, the concept of creative destruction, which describes the process by which capitalist economies evolve and grow over time. In essence, creative destruction enables the flow of technical innovations into the economy through the destruction of old and inefficient production methods and enterprises, and the emergence of new, more productive firms.

Moreover, we wrote that

The risk-and-reward relationship, that is, the gains and failures of the private sector drive economic progress. The first accumulates income and capital, while the second uncovers sustainable businesses, setting the stage for the creative destruction.

In essence, this is what a capitalist economy is all about.  The accumulation of capital is required to provide the funding for sustainable businesses, which provide employment, personal income and tax revenues.

Price discovery in the modern capital markets is essential to accurately evaluate the risk-and-reward relationship of both real economic investments as well as those of financial assets.  Price discovery thus guides the efficient allocation of capital to its most profitable employment, based on the information gathered by millions of investors.  This idea is part of the bedrock of capitalist theory.

An interest rate is essentially the “price of time”, as the future tends to be more risky than the present. When we borrow from the future to invest, an interest rate attempts to reflect this risk. The more uncertainty, the higher the interest rate. Or that is how it should go, but central banks have worked against this natural economic law in a determined way.

With either very low or negative interest rates, which became common in early 2010s, funding becomes available to marginal and even unprofitable investments. Even more destructive capital misallocation occurs when unprofitable firms that should fail, do not do so because of artificially cheap funding. These “zombie” enterprises freeze capital which could be used to fund more profitable investments, which in turn would translate into higher worker salaries, dividends and capital gains for shareholders, and a more vigorous and dynamic economy.

This is the burden central banks have laden the world economy with, and it shows in the numbers.

The collapse of productivity growth

Measuring the impact of creative destruction, that is, the flow of technological innovations into the economy, is hampered by the fact that it is – generally speaking – unobservable.

When a profitability-enhancing technological innovation appears, firms acquire new equipment and higher skilled workers to integrate it into production. While we can measure equipment, machinery and even labour quality, the actual productivity-increasing effect of the innovation cannot be observed directly, at least at the “macro” level of the economy.

However, we do know the level of increased production, the investment in acquired equipment and machinery (capital), and the improved quantity and quality of the labour force. That part of the increase in production that cannot be explained by these elements can be interpreted as the economy-wide growth of productivity. This measure is called the Total Factor Productivity, or TFP.

Figure 1 presents TFP in the world since 1990. As one notes, the TFP falls during crises and increases during economic expansions and booms. However, global TFP growth began to stagnate in 2011 and has never recovered.

Figure 1. The regional and global growth of the total factor productivity (in %). Source: GnS Economics, Conference Board

The period we call the “Great Stagnation” from 2011 till now, should not have occurred. Productivity should grow in economic expansions, but since then has not.

The stagnation of TFP growth tells a chilling tale about the destruction of the foundations of our economies. The deep erosion of both the risk-and-reward relationship and free capital allocation by misguided central banks have literally stopped the great engine of global productivity growth.

We have lived in a ‘mirage’ of economic expansion since 2011.

The end is nigh!

Central banks have delivered a ‘double-whammy’ to the global economy.

They have hollowed-out the world economy by seriously undermining the process of creative destruction. In addition, they have destroyed the pricing mechanism in the capital markets, which has led to serious distortions (i.e. ‘bubbles’) in the financial markets.

It is actually quite unbelievable how the central bankers have managed to negatively affect the world economy during the past 11 years. While rather interesting from a dispassionate academic perspective, the resulting fragility of the world economy and financial markets means that we are prone to an epic collapse, which will hurt households, companies and even countries badly.

The collapse may start from the U.S. stock market, some corner of the U.S. credit markets, from the teetering European banking sector, or from some other obscure part of the financial markets. The only question is, how long do we have?

With the second wave of the coronavirus pandemic gathering steam, the only remotely reliable answer we can give is, “not long”.

And, when the collapse occurs, then the fate of our and future generations will be decided. If we let the central banks assume full control of our economies, a truly horrible future scenario emerges, as we warned in the Q-Review 9/2020.

However, if we let the crisis play out and allow the foundations of the market economy, like free price discovery in the capital markets, to return, we are likely to face one of the most prosperous periods in human history.

The simple fact is that is time has come for the central banks to go. The sooner, the better.