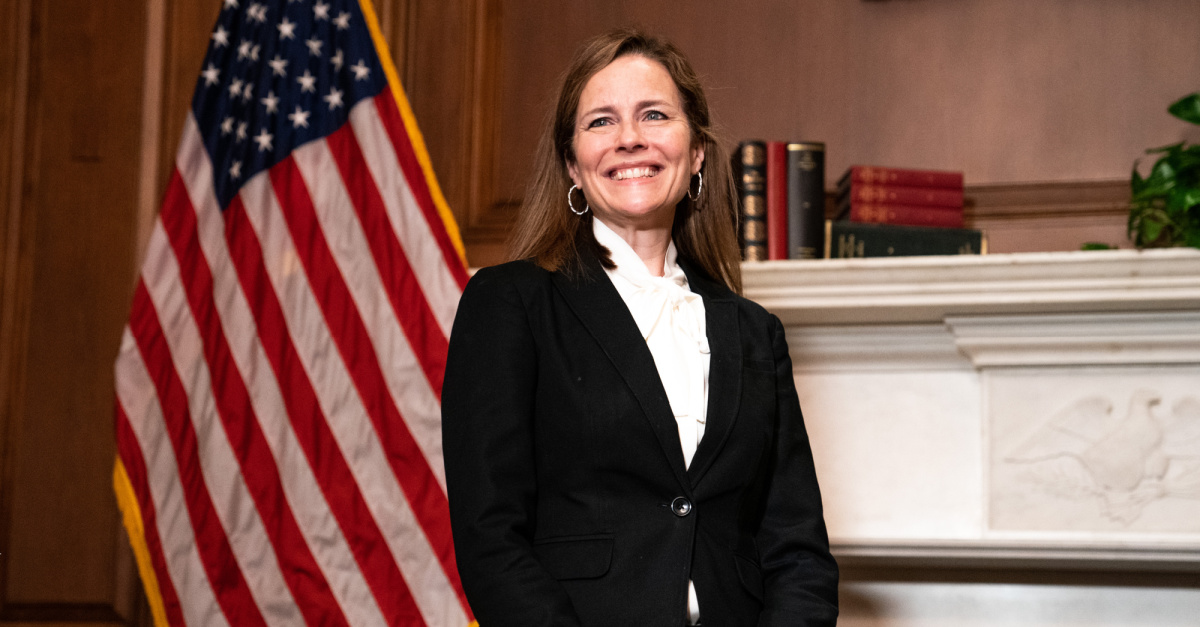 Amy Coney Barrett: Judges Can’t ‘Walk in Like a Royal Queen’ and Impose Their Will on the World

Judge Amy Coney Barrett addressed the widespread misinformation that judges can brazenly make rulings based on the whims of the day, explaining the process and stressing judges cannot just “walk in like a royal queen” and “impose” their will on the world.

Chairman Lindsey Graham (R-SC) prompted Barrett to explain how the process works, using the District of Columbia v. Heller as an example. Barrett briefly explained there has to be a law, lawsuit, appeal, and the court granting cert before it makes a ruling.

When asked if the process remains the same no matter the issue — including guns, health care, abortion, campaign finance — Barrett emphasized judges cannot just impose an agenda at random.

“Judges can’t just wake up one day and say, ‘I have an agenda. I like guns. I hate guns. I like abortion. I hate abortion’ and walk in like a royal queen and impose, you know, their will on the world,” she said.

“You have to wait for cases and controversies, which is the language of the Constitution, to wind their way through the process,” she continued.

Graham then asked Barrett another hypothetical. What if, he said, a state made a law only allowing individuals to own no more than six bullets.

In that case, Barrett said, parties would have to sue the state arguing that the law is unconstitutional. If it made its way to the Supreme Court and it decided to hear the case, “you hear arguments from litigants on both sides.”

“It’s not something that a judge or justice would wake up and say, ‘Oh we’re hearing this case. I know what my vote’s going to be,’” she added.