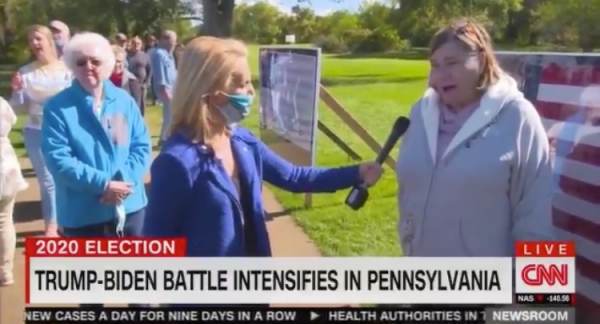 “I’m Ashamed to Say I Was a Democrat”

A 65-year-old first time voter told CNN’s Dana Bash he will be voting for President Trump.

President Trump won Pennsylvania’s 20 electoral votes in 2016 and he is working hard to win The Keystone State again in 2020.

Pennsylvania voters are not happy with Joe Biden and Kamala Harris over their promise to ban fracking — then lying about their plans to ban fracking.

Joe Biden and Kamala Harris have repeatedly stated they will ban fracking if they win the November election.

Both Joe Biden and Kamala Harris are now trying to distance themselves from their previous promises to ban fracking because thousands of Pennsylvanians would lose their jobs.

Pennsylvanians know better so they are turning out for Trump again in 2020.

“From what I’ve seen in the past couple years, I’m ashamed to say I was a Democrat.” pic.twitter.com/6NfrWj2ySl