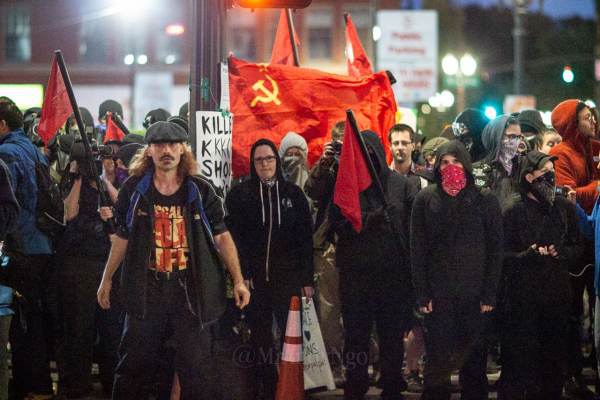 The cities of Portland, Oregon, and Oakland, California, filed a federal lawsuit on Wednesday claiming that the Trump administration’s effort to maintain law and order in U.S. cities and to protect federal property was unconstitutional.

The lawsuit said that the Departments of Justice and Homeland Security unconstitutionally took over police duties in those cities, where, in the case of Portland, police have faced almost nightly violent riots that have resulted in property damage, injuries, and even deaths.

The genesis of the lawsuit comes from President Donald Trump signing an executive order in June to fulfill the federal government’s responsibility to protect the American people and federal property.

Portland and Oakland filed a federal lawsuit Wednesday accusing the DOJ and DHS of unconstitutionally taking over law enforcement responsibilities in the cities under policies implemented after President Trump’s EO signed in June. https://t.co/jffUf4tpDB

The local ABC affiliate in Portland reported on the lawsuit:

The cities sued the departments’ leaders, Attorney General William Barr and Acting DHS Secretary Chad Wolf, in their official capacities as well and asked the judge to forbid the federal agencies of sending officers to the cities. The 48-page lawsuit was filed in federal court in California.

Among the allegations, the cities said the federal government’s policies to send in officers to protect federal property instead “reveal a distinct and meaningful policy shift to use federal law enforcement to unilaterally step in or replace local law enforcement departments that do not subscribe to the President’s view of domestic “law and order.””

Portland and Oakland city attorneys asked a federal judge to rule the practice of sending in federal officers unconstitutional and pointed to the recent federal deputation of Portland police officers as an example of the federal government “commandeering” local law enforcement, despite requests from local leaders to de-deputize the officers.