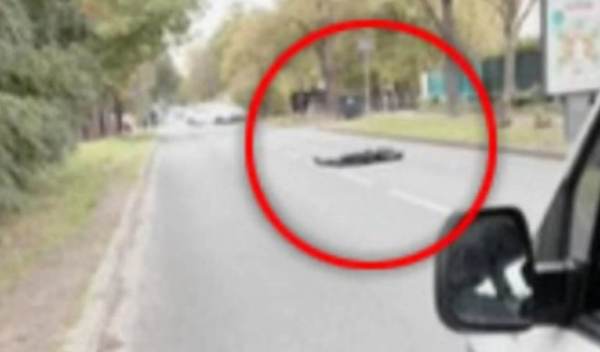 A Islamic terrorist claiming credit for beheading a teacher near a school in a north-western Paris suburb posted a graphic and horrifying photo of what he claimed was the severed head of his victim on Twitter.

Police shot and killed the terrorist after he refused to drop his weapons. He was reportedly in possession of a knife, gun and was wearing an explosive vest.

The victim “had recently given a lesson to his students on freedom of expression and had shown the caricatures of Muhammad,” a source told Le Parisien.

In January 2015, 12 people were slaughtered at the Paris offices of Charlie Hebdo, after it published cartoons of the “Prophet”#JeSuisCharlie pic.twitter.com/jxqaJOW4UW