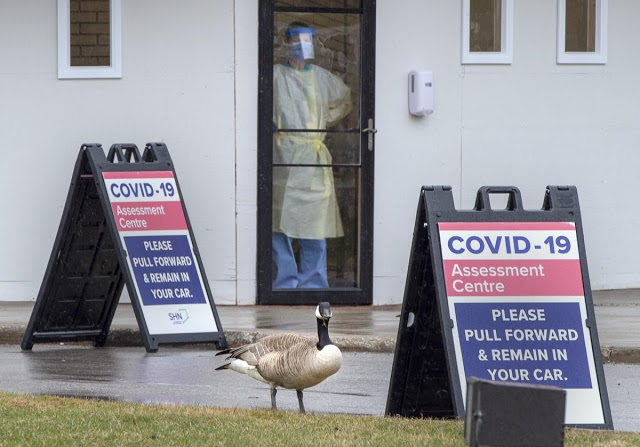 The corona virus ‘pandemic’ seems to have brought out the worst of western governments. Imposed lockdowns, denial of religious services, a mask mandate, and more restrictions yet to be implemented but having been promised. Our governments have seemed to embrace these newfound powers, granted to them by the supposed democratic mandate of a fearful population (a population they intimidated and made compliant). Yet in some ways, the power elite, or the ‘Cathedral’, have over played their hand.

Many people are conscious of the many contradictions and lack of consistency surrounding the pandemic. These include how thousands of people could riot, in memory of a drug addict who may or may not have died as a result of a seemingly violent arrest, without being affected or causing a corona virus cases to spike. Or better yet, how the only people who seem to be threatened by Covid-19 are of the same demographics that find the seasonal influenza a challenge. Many people, and not just those in my intimidate circle, have iterated these statements before; unfortunately, they remain in a state of double think, or hypernormalisation. They know what their senses and rationality are telling them, yet they still follow mainstream media and politicians. They do not try to harmonize the contradictions but rather, one moment they express and advocate one view, and the next they will espouse its opposite.

My hope is that this internal tension will cause such people to lose faith in the establishment and revert to their own perception to make judgments. Alas, the imposing of a split perception seems to be the purpose of current events and the responses to them.

By most accounts, Canada has responded poorly to the pandemic. We have taken on the largest Covid-19 related deficit and debt. In most provinces, to visit a business or public facility (those that are permitted to open), one has to volunteer a name and contact information, or risk being denied service. Slippery slope aside, the constant monitoring and recording of where citizens find themselves is a hallmark of totalitarian governments. Considering there are alternative, less panopticon-esque means of informing people about a localized outbreak, these policies would seem to imply there is another parallel agenda being implemented. Canada has already developed a smartphone monitoring contract tracing app, and there are talks about adopting a digital “health passport” to coincide with the release of the Covid-19 vaccine.

Theresa Tam, Canada’s chief public health officer, has stated prior to the Corona pandemic that vaccines should be mandatory and that those who refuse a vaccine in times of pandemic should be incarcerated. Take a listen:

Mrs. Tam is also very likely a plant from the Chinese government. Effectively, the Canadian government has begun to lay the groundwork of partial totalitarian rule. The people are pliant, fearful, and agreeable, with no binding ideology or identity that could be used to define themselves apart from the Canadian state.
The above should not be controversial. Even those who support the government’s actions and responses to corona must be able to admit that for the duration of this ‘pandemic’, the Canadian government has acted more authoritarian and totalitarian than we are accustomed to. Those that support the government could even say that the dangers of corona warrant such a strong response. Yet, as we saw after the 9/11 attacks, governments do not surrender emergency powers, and once freedoms are lost, they are seldom restored.

With such historical precedents and the contemporary context, questioning our governments and demanding accountability is prudent. A member of Ontario’s provincial parliament demanded such accountability. MPP Randy Hillier, in accordance with his job, brought to light the existence of federal invoices for what have been described as “quarantine isolation camps”. These recent invoices are also notable because they include the mass procurement of riot control equipment and weapons. Here’s the clip of Hillier inquiring about the nature of these camps:
Hillier’s questions were buried and went uncommented upon by mainstream media. There were those on Twitter who were sharing clips and invoices, and from these the developments seemed concerning. The government has not denied the existence of these camps. Firstly, it was claimed that they were for those entering Canada from foreign countries, so that they could observe a 14-day quarantine. Then it was claimed that the “facilities in question” are meant to provide shelter for homeless people. These documents do refer to the ‘pandemic’, but also say that these camps could be used to “house individuals for numerous other reasons”.

Now granted, in my own personal theorizing, I never really saw concentration camps or their American FEMA equivalents as likely developments. After all, we are told from birth the evils of Hitler and his concentration camps. President Trump sets up border outposts to detain illegals and he is accused of orchestrating a new Holocaust. As such, for a state to literally engage in the types of actions that they themselves have officially and utterly vilified, is outstanding. What is even more outstanding is that we have the documents and the intentions they imply. All the state would need to do to alleviate concerns is to be transparent, and not evil.

Once knowledge of the corona camps had been made known, we saw whistle blowers leak other documents. The most notable one was an alleged email from a Liberal Party member. This email lays out the alleged plan of the Liberal government to transform Canada fully into a totalitarian state. It states that upon continued lock downs in 2021, the Canadian government will default and become a client state to the IMF. Under the IMF, a basic minimum income will be implemented, which will require those who participate in the system to be vaccinated (for everything, not just corona as in this system the individual is owned by the state) and forfeit the right to ever own private property. Those who decline will still see their assets and property seized and will be interned as a public health danger.

I will link a video that goes over the article I just linked above regarding the leaked email:

Granted, this information is unverified and there is no way prove if the email is genuine or not. The camps themselves are undeniable, but the subsequent releases are questionable. Only time will tell, and the machinations of governments can change. This email does fill in the picture and seems to present a coherent narrative, one far more coherent than official government statements.

Now, it would seem that enough Canadians are aware of the existence of these camps that the system deems a response is warranted. CBC, Canada’s state broadcast agency, has decided to debunk this “conspiracy” and denounce those who believe in it:

What struck me was that the anchor and the Prime Minister never really debunked anything. All they said was that conspiracy theories are bad, and that the citizenry should trust “reliable” sources. They never denied the existence of the camps or explained how the “conspiracy theorists” were errant in their interpretation. They did not consider the views or concerns of the electorate, and instead ignored them completely as if such views did not warrant acknowledgment. “Just watch CBC and believe Trudeau”. That was the grand “debunking”.
True or not, concentration camps or homeless shelters, should not a democratically elected leader be concerned when a portion of the population has such fear, so little trust in the government? Is that not a damning indictment over your governorship? Should not the Prime Minster, in humility and repentance, apologize to the nation and explain the benign reality of the situation? Is this not why we have and are told to love democracy? Its transparency and its affirming of the sovereign will of the people? No, the concerns of citizens can be dismissed as the power of democracy never came from the people, but was farmed from the people via their submission to the system. 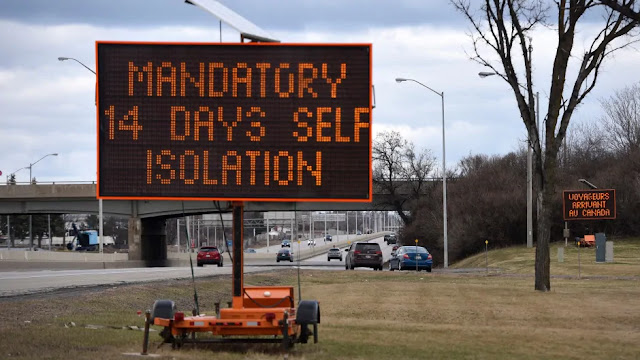 What I find most damning and most telling is that if the quarantine camp narrative was false, it would be easy to disprove. A free, open discourse would obliterate the claims of “conspiracy theorists” if they were in error. Would not the establishment love that? The Liberals love to be vindicated and smug in their victories. This would be the perfect opportunity for them to humiliate us. Yet our concerns are not addressed, and we are condemned for said concerns. Condemned, not shown to be in error. Is it not the job of the Prime Minister, their duty and calling, to be the steward of the nation? The father to his people?

Invoices for Population Control and Construction of Quarantine Sites

There are Canadians who have utterly lost faith in the government and believe the state is doing or will do future harm to them. A just leader, aware and humble in his position ought to ask for forgiveness and explain himself, yet this is not how Trudeau operates. He has no qualms with using Orders in Council (the Canadian equivalent of Executive Orders), as he did to impose gun restrictions after the Nova Scotia shootings. Trudeau has given us no reason to trust him, yet expects us to trust him as if his position, not his actions merit how we are to view him. I guess those who do not align with Trudeau, those who consider government overreach and tyranny, are not worth engaging with, convincing, or debunking. I guess such people are defective and not owed anything even should we participate in the democratic system. We are to be ignored, or made to go away, as the state only exists for those who align with the state, and not the people or nation.
The first 2 links cover the same order for 36,000 thousand capsules of tear gas. The third link, which is titled, “A Request for Information Regarding Service Provides for Federal Quarantine/Isolation Sites for the GoC”, lays out that in accordance with current Orders in Council the Canadian government has ordered the construction of quarantine sites and is looking to contractors to construct more.