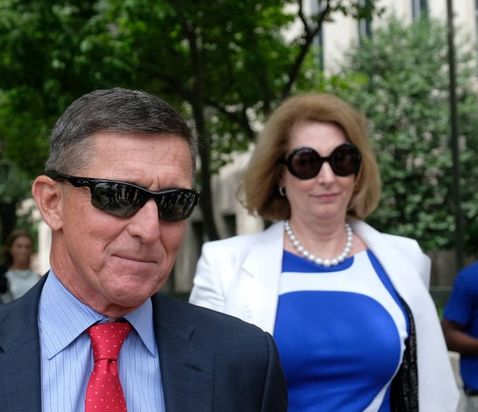 On Wednesday afternoon, President Donald Trump announced that he had pardoned Lt. Gen. Michael Flynn, who briefly served as Trump’s national security advisor. Trump fired Flynn after revelations the advisor had made contradictory statements to Vice President Mike Pence about his meeting with Russian ambassador Sergey Kislyak. In 2017, he pled guilty to making false statements to the FBI regarding contacts with Kislyak.

Yet in January, Flynn requested to withdraw his guilty plea. The Department of Justice (DOJ) tried to drop the case against Flynn after Flynn’s lawyer, Sidney Powell, presented evidence suggesting the former advisor was “set up by corrupt agents” who threatened his son in order to pressure him into pleading guilty. Yet the federal judge handling the case, Emmet Sullivan, has yet to rule on whether to drop the charges against Flynn.

Trump confirmed recent chatter that predicted he would pardon Flynn.

“It is my Great Honor to announce that General Michael T. Flynn has been granted a Full Pardon,” Trump tweeted. “Congratulations to [General Flynn] and his wonderful family, I know you will now have a truly fantastic Thanksgiving!”