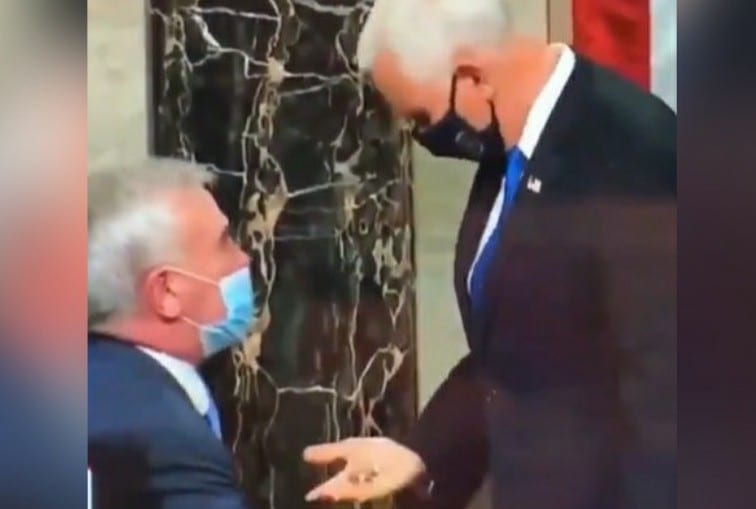 Alright friends this is really strange.

Right after Pence certified the fraudulent election, he received a mysterious coin in a handshake.

It almost looks like Pence is being rewarded for  selling out Trump or being welcomed into the swamp.

Trending: General Flynn Says: “Trump Will Be President The Next 4 Years” In Interview With Alex Jones

Take a look at the video yourself:

Mike Pence, donning a blue tie, receives the Secret Coin signifying his acceptance into the club.

There is no loyalty in the political world.

The mistake President Trump made was thinking people would be loyal to him, at the risk of their own careers.

January 6th is over. pic.twitter.com/sI3pDtyseX