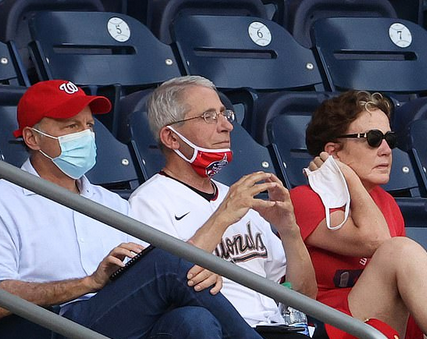 The media buried long-standing scientific concerns that Anthony Fauci had been ‘sucking money away from work to understand and counter natural disease outbreaks.’

In 2003, terrorism was a more immediate national danger than infectious diseases. Dr. Anthony Fauci’s National Institute of Allergy and Infectious Diseases (NIAID) had just redirected $117 million from infectious diseases to fund a new anthrax vaccine effort in response to the anthrax attacks that happened a week after 9/11.

The millions were just a small part of the $1.8 billion Fauci had poured into defense from bioterrorist attacks over the preceding two years. More than half of those funds were devoted to anthrax and smallpox alone. In 2004, Fauci launched the $5.6 billion “Project Bioshield,” the National Institutes of Health’s biggest outlay for a single research issue until then.

Some microbiology researchers at the time, however, according to the journal Nature, were concerned that Fauci’s actions would ultimately “distort priorities in infectious-disease research, sucking money away from work to understand and counter natural disease outbreaks that ultimately pose a greater threat to public health.” The 2003 Nature article cited a Stanford University microbiologist saying “that diseases such as influenza and other respiratory-tract infections routinely kill far more people than would die in a bioterrorist attack, and therefore deserve a greater share of the NIAID budget.”

The criticism turned out to be warranted. In 2007, after spending billions under the opposite premise, Fauci admitted that “at the end of the day, you’re not going to kill as many people [with an anthrax attack] as you would if you blasted off a couple of car bombs in Times Square.” His anthrax vaccine effort had failed, having been “sunk by lobbying.”