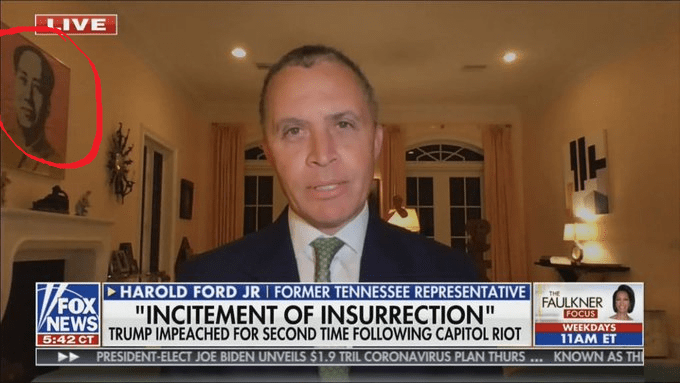 These people are sick.

Former Tennessee Democrat Congressman Harold Ford Jr was interviewed on FOX  this past week.  It was quite an interview as WIBC.com reports:

From comparing the president to a terrorist to having one of the sickest Communist leaders hanging on your wall, Democratic leaders are on a roll this week.

You may of not heard of Harold Ford Jr., to be honest neither have we. Well the former US Congressman (’97-’07) appeared on FOX news with Brett Baier via satellite at his home. The discussion they were having focused on the incitement of insurrection with President Trump.