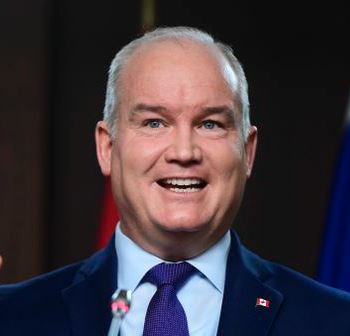 “Just where is the Leader of Her Majesty’s Opposition? I might even expand the question to nearly the whole of the Conservative party,” wrote Rex Murphy, a well-known Canadian commentator and author who writes for the National Post.

Murphy’s opinion piece titled “Canada is in crisis. Erin O’Toole, where are you?” was published yesterday.

The social media giants all alleged that Trump’s words helped flame the violence that took place, despite the fact Trump told protesters at Capitol Hill to go home “in peace.”

Murphy spoke about the “recent events down south, in the wake of the attack on the Capitol” calling it the “most extravagant example” of “cancel culture” that has been seen in recent times.

“Normally that’s the term to describe a Twitter gang-up on some person or news outlet that ‘offends’ the prize sensibilities of woke puritanism, the storm of snarl and condemnation that falls on the unhappy head that violates the new politically correct scriptures,” wrote Murphy.

Murphy went on to note that in his view, the “larger” version of “cancel culture,” that being whereby large corporations “with an oligarchic power over the flow of information and communication in general,” all seemingly in concert “decide in concert to shut down a president.”