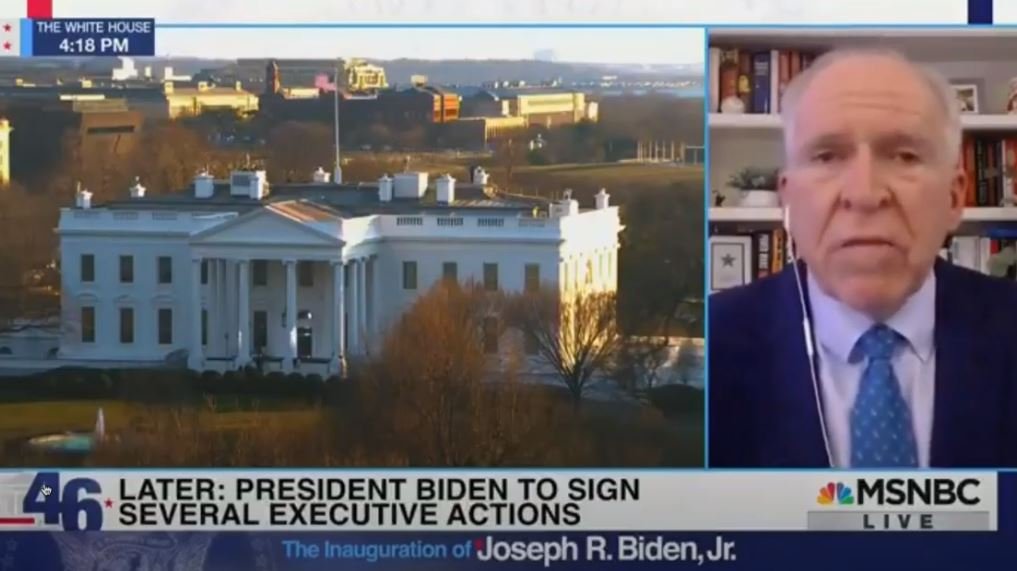 John Brennan Gives the Plan Away: Biden Officials Moving in “Laser Light Fashion” to Identify and “Root Out” Political Opposition from Population

Former CIA Director John Brennan, the man who weaponized the CIA to target Hillary Clinton’s political opposition, appeared on MSNBC Wednesday to outline Joe Biden administration plan to identify political enemies, label them domestic terrorists and then “root them out” of the population.

Brennan is talking about Trump supporters here but would not even utter Donald Trump’s name.

John Brennan: I know… the members of the Biden team who have been nominated or have been appointed are now moving in laser light fashion to try to uncover as much as they can about what looks very similar to insurgency movements we’ve seen overseas. Where they germinate in different parts of the country and they gain strength, and it brings together an unholy alliance frequently of religious extremists, authoritarians, fascists, bigots, racists, nativists, even libertarians. And unfortunately, I think there has been this momentum that has been generated unfortunately I think of the demagogue of rhetoric of people that’s just departed government but also those who continue in the halls of Congress. So I really do think that the law enforcement, homeland security, intelligence and even the defense officials are doing everything possible to root out what seems to be a very, very serious, and insidious threat to our democracy and our republic.

full story and video at https://www.thegatewaypundit.com/2021/01/huge-john-brennan-gives-plan-away-biden-officials-moving-laser-light-fashion-identify-root-political-opposition-population-video/