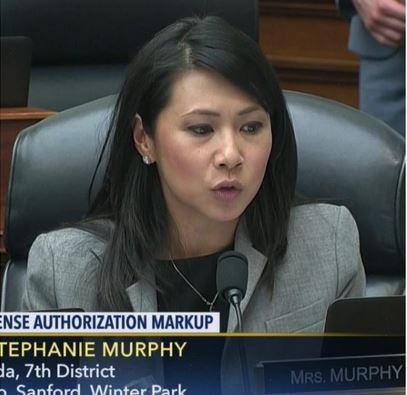 They’re not stopping with the private sector.

As conservatives and members of the MAGA Movement in general continue to be ostracized by the mainstream media and establishment politicians for the events that unfolded on January 6th, members of congress are moving to further compromise the lives of those who weren’t even involved in the infamous “siege.”

While many Trump supporters have been quietly disposed of by their employers, this has largely been a policy of businesses to choose with whom they want to associate with as privately owned companies. However, according to Rep. Stephanie Murphy (D-FL), supporters of Donald Trump should be barred from the public sector as well.

Murphy, who is a member of the House Armed Services Committee, has recently proposed a bill that would prevent members of the ‘Stop the Steal’ movement along with subscribers to ‘QAnon’ from being able to obtain security clearances. Security clearances are a necessity for Americans who wish to join the US Military and also a requirement to obtain a number of federal jobs.