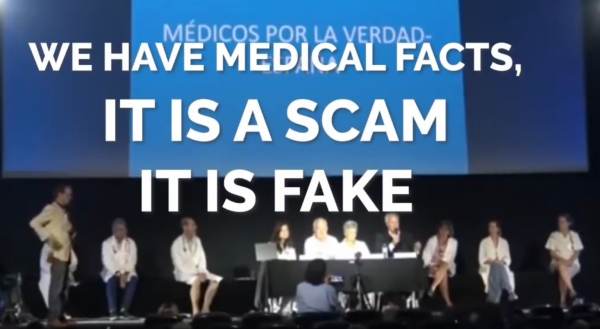 UK: Health Authorities Announce Not a Single Case of Flu Detected This Year

Health authorities in England have announced that not a single case of influenza has been detected this year, with one professor suggesting that mask wearing should be kept in place during winter to drive down flu deaths to “zero.”

“The social restrictions brought in to curb transmission of coronavirus, combined with an increased uptake of flu vaccine, have both been credited with driving down infections,” reports the Independent.

Of the 685,243 samples tested at the PHE’s laboratories since the first week of January, not a single flu infection was discovered.

Professor Christina Pagel went on to suggest that some of the measures brought in to fight coronavirus could be kept in place to combat flu infections.

Asserting that “we can reduce flu deaths to pretty much zero,” Pagel said it is “worth encouraging people to wear masks” on public transport and in other busy environments every winter.

As we previously highlighted, other health experts have suggested that flu cases are so dramatically low because influenza cases are being falsely counted as COVID cases.

According to the CDC, the cumulative positive influenza test rate from late September into the week of December 19th was just 0.2%, compared to 8.7% from a year before.

According to Wittkowski, former Head of Biostatistics, Epidemiology and Research Design at Rockefeller University, this was because many flu infections are being incorrectly labeled as coronavirus cases.

“There may be quite a number of influenza cases included in the ‘presumed COVID-19’ category of people who have COVID-19 symptoms (which Influenza symptoms can be mistaken for), but are not tested for SARS RNA,” Wittkowski told Just the News.

Numbers published in April last year by the UK’s Office of National Statistics also showed that there had been three times more deaths from flu and pneumonia than coronavirus.

“The number of deaths from flu and pneumonia – at more than 32,000 – is three times higher than the total number of coronavirus deaths this year,” reported the BBC.