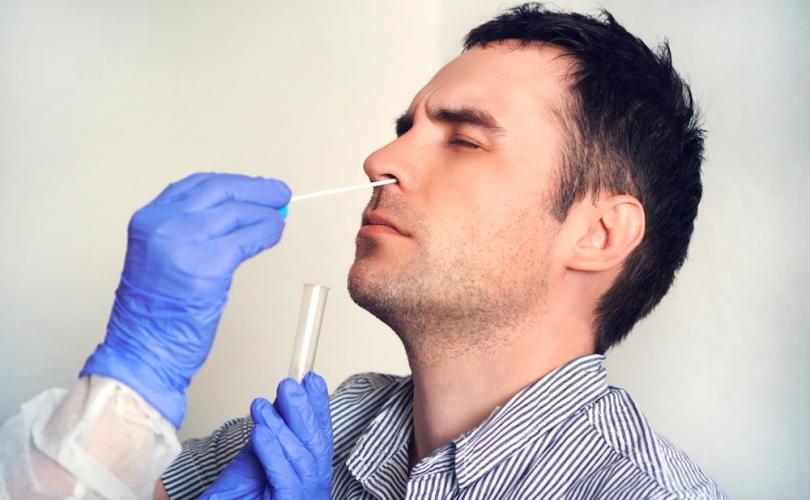 (LifeSiteNews) – The Académie nationale de médecine, an independent but official learned society in France, published a statement on Thursday warning that nasopharyngeal swabs used for PCR tests to detect the SARS-CoV-2 virus “are not without risks.” The alert came days before nasal auto-testing kits will become available in French pharmacies.

According to the statement published online by the Academy, a growing amount of data show that “complications” can and do occur, some of them “serious.”

Most are “benign,” and include “discomfort, pain or bleeding.” But the statement notes that over the last weeks, scientific articles have been appearing in medical journals describing undesirable events “including breaches of the anterior skull base associated with a risk of meningitis.”

Several studies were quoted by the Academy, including one documenting “meningitis due to cerebrospinal fluid leak after nasal swab testing for COVID-19.”

The nasopharyngeal swab is done with a long, thin cotton swab introduced high up into the nasal cavity, often successively via both nostrils, and rotated quickly each time in order to collect a sample of cells and mucus to analyze for the Wuhan virus using the highly controversial PCR test, or to be used in view of an antigenic test.

The Academy noted that these tests have now become extremely common. The learned society is concerned because swabs are being increasingly used, and that more and more individuals are getting repeat tests, “sometimes in inadequate conditions.”