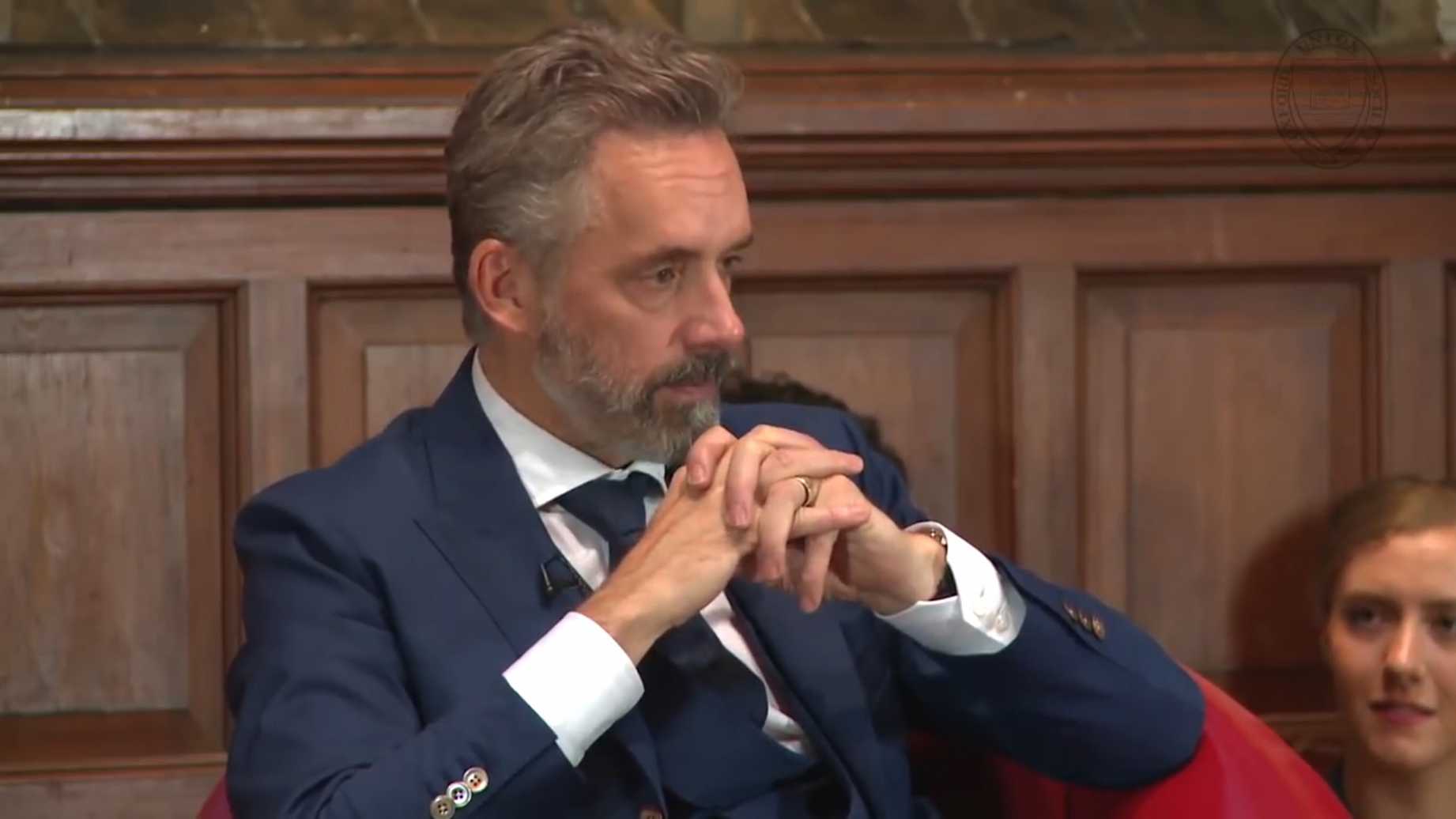 By Ashley Frawley, Senior Lecturer in Sociology and Social Policy at Swansea University and the author of Semiotics of Happiness: Rhetorical Beginnings of a Public Problem. Follow her on Twitter @Ashleyafrawley

I don’t concur with the academic and bestselling author on many issues. But I share his horror at the idea of the contemporary ‘Left’ seizing power – they’ve moved too far from the progressive values that fired old radicals.

In a recent interview, Jordan Peterson waxed lyrical on topics from the value of art to his usual spiel about the absurdity of Marxism and the dangers of communism. Yet, for someone who’s made a name for himself criticising Marxism, he seems to know very little about the work of the actual Karl Marx. However, one thing jumped out at me in his rejection of the call for violent revolution. Here, I couldn’t help but agree. What passes for the ‘Left’ today needs to be kept as far as possible from revolution.

The truth is, today’s Left has travelled quite far from its progressive roots. Past radical movements were guided by a fundamental belief in the rationality, and thus the capacity, for freedom held by all human beings. Indeed, human reason and ability to make history using that reason was a central belief that animated the work of Marx.

Contrast this with the widely held ‘progressive’ prejudice today that what defines us as human beings is our irrationality and vulnerability. Many so-called progressives are highly suspicious of democracy and the ability of individuals to govern themselves. Instead, what animates them is a desire to ‘protect the vulnerable’. From this perspective, we do not need to be freed. We need to be protected – most of all, from each other.

Another sharp contrast is a condemnation of capitalist ‘selfishness’. Indeed, many a socialist has wasted their breath arguing that people can be made to overcome their selfish individualism to live harmoniously in the fabled future utopia. But it is precisely this individualism that past socialists had sought to liberate. Consider, for example, Oscar Wilde’s opening lines in his famous essay, The Soul of Man Under Socialism, where the ‘chief advantage’ of socialism would be to ‘relieve us from that sordid necessity of living for others’. By unleashing the wealth and abundance made possible by capitalism, human beings would at last be free to live for ourselves instead of working 9-to-5 for the boss.

But who believes in the liberatory force of wealth today? So many progressives are driven by a deep suspicion that the good things in society are coming too fast and too easily. We have even seen the rise of ‘zero growth’ or ‘degrowth’ put forward as desirable goals, where in the past we simply called these ‘recessions’ and ‘depressions’. For Marx on the other hand, the existence of a world of wealth and culture was a progressive force. They make clear what is being kept from us.

Today’s Left balks at so much ‘consumerism’ and pities us for wanting the possessions of the upper crust. They’ve got higher values for which we are supposed to live. Revolution seems less about liberating the production of wealth and more about bettering our souls in the ways our betters see fit. No, thank you.

Perhaps most chillingly, however, is not simply the creepy misanthropy, the sneaking suspicion that maybe feudalism wasn’t that bad, but the tendency to outright dehumanise opponents. As Hannah Arendt warned us, dehumanisation is one of the first steps toward totalitarianism. Yet online debates are rife with this tendency to excuse horrible behaviour because opponents are really less than human anyway. This leaks out into public life when we ‘cancel’ people’s livelihoods for saying the ‘wrong thing’. Those said to transgress certain values are no longer seen as deserving of basic rights once thought due to all humans, for instance freedom of speech or not punishing people without due process.

Revolutions of the past did not seek to destroy the rights won by previous liberal revolutions, but to expand them and ensure that they were truly realised. This was borne of a belief in a fundamental equality of all human beings, which is slowly slipping away.

Finally, the Left that was inspired by Marx was driven not by a desire to distinguish themselves from the masses, but to empower the masses. They believed revolution was the progressive result of mass society realising that it could govern itself. Thus, communist revolution would be a mass movement of working people’s self-emancipation. It was supposed to be the continuation and culmination of mass democracy.

By contrast, many of today’s self-proclaimed leftists style themselves as counter to mass society, mass consumption and mass prejudice. It has become a movement of outsiders seeking to transform the mass to meet what they deem to be right and progressive views. They work from the outside and seek to transform individual hearts and minds. But it’s supposed to be the other way around: the mass of people transforming society from the inside out.

I don’t agree with Peterson on much. But I do share his horror at the thought of the contemporary ‘Left’ living out a violent revolution. They’ve travelled too far from the values and goals that animated radicals of the past. As they exist today, they don’t need to take control. They need to be defeated.