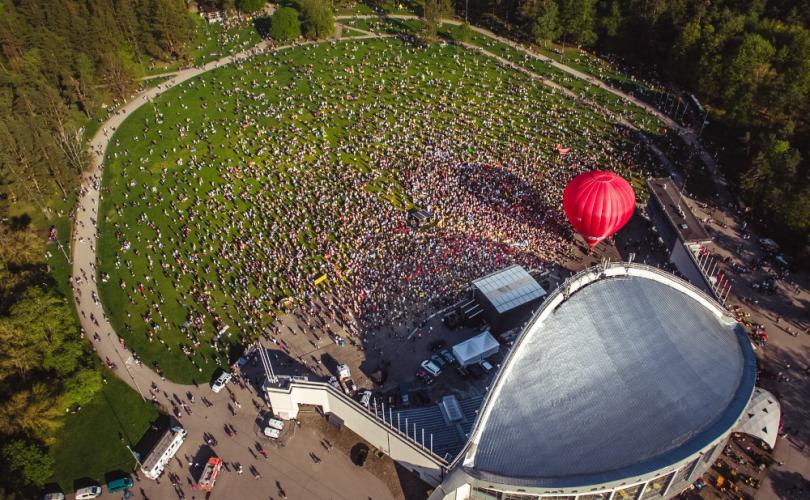 (LifeSiteNews) — In order to protest anti-family legislation, tens of thousands took to the streets of Lithuania to defend traditional family values on May 15.

While Lithuania is a traditionally Catholic country, the current parliament has been pushing the LGBT agenda. Recently, the parliament drafted legislation allowing civil unions for same-sex couples.

According to a 2019 Eurobarometer survey, 70 percent of Lithuanians oppose the legal recognition of same-sex unions. In response to the draft legislation, Lithuanian citizens organized “The Great Family Defense March,” the first largescale protest in many years.

On the morning of May 15, thousands of citizens traveled to the capital city, Vilnius. The car line-up of people driving from country homes to the city was several miles long. They gathered in Vingis Park, many carrying the Lithuanian flag and coat of arms.

A Lithuanian source told LifeSite that the march aimed to stop the legislation process of the Istanbul Convention, “which is advertised as a means of protecting women from violence when in reality it validates the concept of gender [ideology].” They also hoped to stop parliament from legalizing same-sex “marriage.”

“We hope that this march will not be forgotten and that its goals will continue to motivate people to take action,” the source continued. “This could be a great chance for smaller existing conservative parties to grow their influence and fight for the truth.”