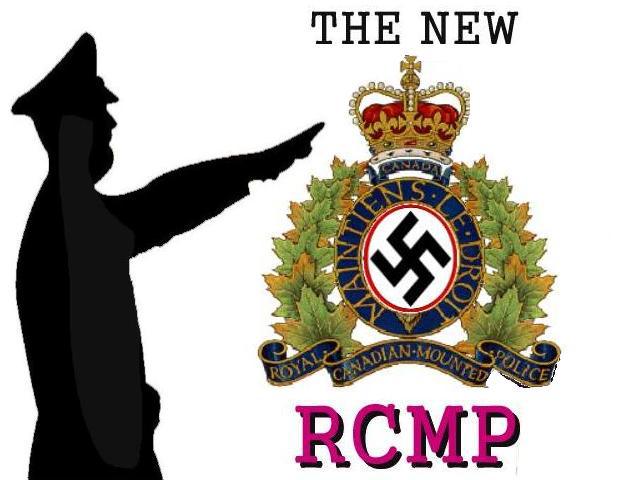 ‘Canada is now a communist country. End of story’: Cops give citations for shaking hands

While many Americans feel the U.S. Constitution has been cast aside in the heavy-handed response seen from many in government to the pandemic, particularly when it comes to the free exercise of religion, a possible consolation here is that at least we don’t live in Canada.

Canucks have not only endured pastors being arrested in felony takedowns in the middle of a highway, they’re also being heavily fined for as little as shaking hands — to the tune of $1,400.

Rebel News’ Efron Monsanto posted a video of a Hamilton, Ontario police officer approaching him and citing him “a total of $1440 for [simply] reporting on a Freedom Rally.”

Monsanto was reporting on what he described as “a weekly Freedom Rally,” which he said was organized by Anthony Gagliardi from Hugs Over Masks. His offense, he said, was that he was discussing the rally and “shaking hands” with one of the attendees.

The officer can be heard telling the reporter he had broken the law by getting within 2 meters (6.5 feet) of people and shaking their hands.

TWO TICKETS for a total of $1440 for simplying reporting on a Freedom Rally.

They actually said it was for “shaking hands” with one of the attendees. This is the third week of attempted intimidation. I will never back down.

Citing the “Reopening Ontario Act,” the officer told Monsanto he was cited for having a gathering of “more than 5 people.” He then gave him a second citation for shaking hands and violating the distancing guideline.

There is a stay at home order in effect in Hamilton until at least June 2, and residents are told they should only go out for necessities. Face masks are mandatory.

The Reopening Ontario Act in effect reads, in part: “No indoor or outdoor organized public events and social gatherings are permitted, except with members of the same household (the people you live with).”

“Outdoor organized public events and social gatherings are limited to a maximum of 5 people, including members of different households,” the act continues.

Other officers are seen in the video approaching those attending the rally.

“They are being malicious ticketing twice for the same offense,” Monsanto tweeted. “I’ll be back to show our viewers the other side of the story.

They are being malicious ticketing twice for the same offense. I’ll be back to show our viewers the otherside of the story. pic.twitter.com/qlwqSLzpJq

Monsanto shared a video last week of an officer issuing him a ticket at another rally, which he said came with a $880 fine.

Rebel News has launched a civil liberties campaign FightTheFines.com to help cover the cost of reporting the news.

Once again for simply reporting the weekly Freedom Rally at Hamilton, Ontario’s cityhall, I’ve been detained and fined $880.

This is financial intimidation however, I won’t stop bringing you the other side of the story. pic.twitter.com/YYdqcGEfBK

Earlier this month, Rev. Artur Pawlowski, a Canadian street preacher who has been defying state COVID orders was arrested by heavily armed police for allegedly holding church services attended by dozens of unmasked worshippers who were not socially distanced.

Video posted online shows the reverend on his knees in the middle of a rain-soaked street with vehicles passing by slowly as a pair of officers handcuff him and then dragged him to a waiting patrol vehicle after he refused to stand and walk.

One online reaction to what’s happening north of the border suggests that Canada “is now a communist country. End of story.”

Canada is now a communist country. End of story. https://t.co/1dfyln2gyZ

Here’s a sampling of other responses to the story from Twitter:

Imagine living in a country where shaking hands was a criminal offence..

This guy is shitting bricks as he’s talking to you. I don’t think they enjoy what they’re being told to do.

Dear Canada, if you want us to liberate you, blink twice

We are changing our counties name to Canuckastan.

I’ve said it before & I’m saying it again – never count on government officials to protect you from the government.

Tags: ‘Canada is now a communist country. End of story’: Cops give citations for shaking hands