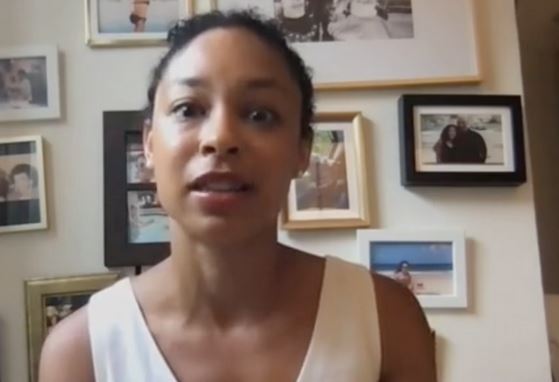 A member of the New York Times editorial board said on MSNBC’s “Morning Joe” Tuesday she was horrified upon seeing “dozens of American flags” on people’s cars and insisted we must “separate America from whiteness.”

“I was on Long Island this weekend, visiting a really dear friend, and I was really disturbed,” said Mara Gay, who is also an MSNBC analyst. “I saw, you know, dozens and dozens of pickup trucks with expletives against Joe Biden on the back of them, Trump flags, and in some cases, just dozens of American flags, which is also just disturbing, because essentially the message was clear: It was, ‘This is my country. This is not your country. I own this.’”

“And so until we’re ready to have that conversation, this is going to continue,” Gay said. “What really is concerning to me as well is, it’s not just Democrats in Congress. I think there’s a large percentage of Americans, even some of my colleagues in journalism, who are invested in some way in pretending that this isn’t the threat that it is. That is the real concern. Because, you know, the Trump voters who are not going to get on board with democracy, they’re a minority. You can marginalize them, long-term. But if we don’t take the threat seriously, then I think we’re all in really bad shape.”

full story and video at https://thefederalist.com/2021/06/08/new-york-times-staffer-seeing-dozens-of-american-flags-over-the-weekend-was-disturbing/