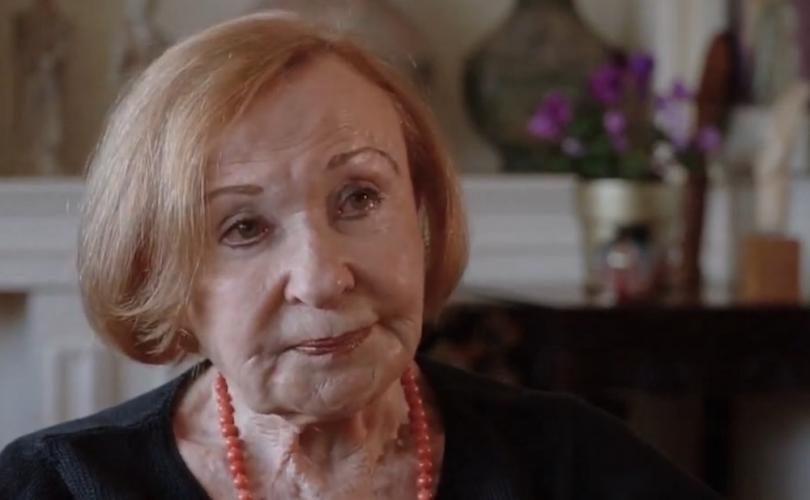 ‘I never thought that I would be alive to be again afraid of the same elements,’ Vera Sharav said.

(LifeSiteNews) — A survivor of the Holocaust has denounced “Eugenics-driven” public health policies during the COVID-19 crisis that she said could lead to “fascist dictatorship and genocide.”

In an interview earlier this year with German attorney Dr. Reiner Fuellmich, Vera Sharav, a long-time medical activist, drew on her experience under the Nazi regime as she warned about “unprecedented oppressive and repressive elements” instituted in the coronavirus era.

She told Fuellmich that “as a child survivor of the Nazi reign of terror I learned indelible lessons about the nature of evil. I know the consequences of being stigmatized and demonized as a spreader of disease.” Born in Romania during the Second World War, Sharav was held in a Ukrainian detention center as a child and ultimately lost her father in the Holocaust.

“We were required, as Germans know, to wear a yellow Star of David to identify us, to segregate Jews,” she said. “Exclusionary laws barred the family from normal life, from attending ordinary activities. Our property was impounded, we were forbidden to participate in all educational, religious, cultural gatherings. Travel was forbidden for Jews, so there was no escape.”

full story and video at https://www.lifesitenews.com/news/holocaust-survivor-warns-against-covid-mandates-new-fascist-dictatorship