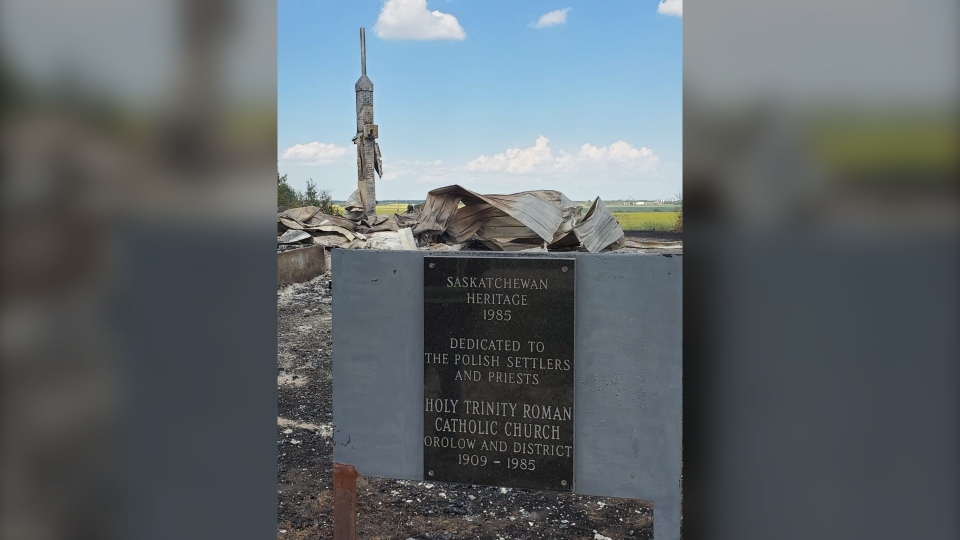 The church was located near Redberry Lake, which is about 80 kilometres northwest of Saskatoon.

Lynn Swystun, who lives about a mile and a half west of the church, says she noticed smoke from her yard around 12:15 p.m. then drove to the area and discovered the church engulfed in flames.

“It was surreal, I was in shock,” she told CTV News.

“Flames were already coming out of the windows and stuff … It didn’t take long for it to completely crumble, maybe about half an hour.”

Swystun said some local farmers brought water tanks to help put out the fire, but it was too late.

“We weren’t going to save anything, the fire wasn’t going anywhere. So, we just watched it burn. Neighbours from all around came out, some were in tears of course.”

full story and video at https://saskatoon.ctvnews.ca/former-catholic-church-in-rural-sask-destroyed-in-fire-1.5502392?cid=sm:trueanthem:ctvnews:twittermanualpost&taid=60e78e1064bb4f0001e57cd5&utm_campaign=trueAnthem:+New+Content+(Feed)&utm_medium=trueAnthem&utm_source=twitter