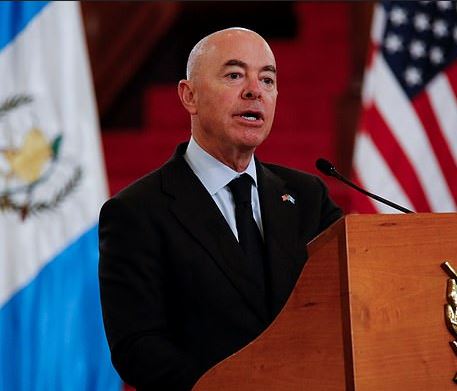 President Joe Biden’s Department of Homeland Security Secretary threatened Cubans fleeing the communist regime controlling their island with deportation if they try to escape to the United States.

“Allow me to be clear. If you take to the sea, you will not come to the United States,” Alejandro Mayorkas said Tuesday. “The time is never right to attempt migration by sea. To those who risk their lives doing so, this risk is not worth taking.”

Mayorkas, who fled from Cuba to Florida and eventually California with his family following the Cuban Revolution led by Fidel Castro, could have used the public speaking opportunity to address corrupt Cuban President Miguel Díaz-Canel and condemn the regime’s willingness to shut down dissenters. Instead, he chose to double down on anti-Cuban migration rhetoric.