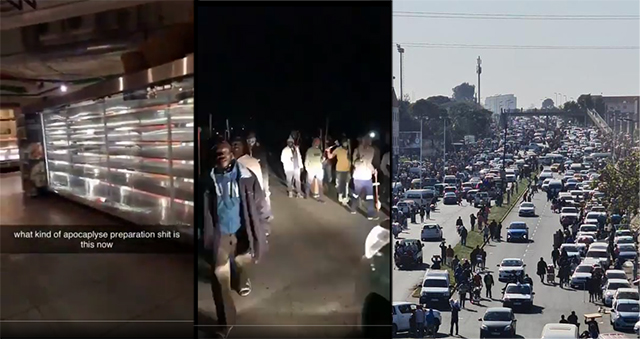 South Africa is going the way of Zimbabwe.

The supply chain has broken down. Honest people in Durban KZN South Africa can’t even buy food if they happen to find an unlooted store. pic.twitter.com/DX2lI0BERv

Car trunk filled with looted frozen chicken wings and other foods. No regard whatsoever for the rest of these citizens who will begin to go hungry in a matter of days pic.twitter.com/bGUpPSSDmN

Posted about this earlier, but really need to see it for the reality to sink in. trucks forced to dump thousands of liters of milk because the depots who are supposed to take them are all burned/damaged/unmanned. Electric plants & factories are burning, & a famine is imminent pic.twitter.com/gPO3Uxa8Bh