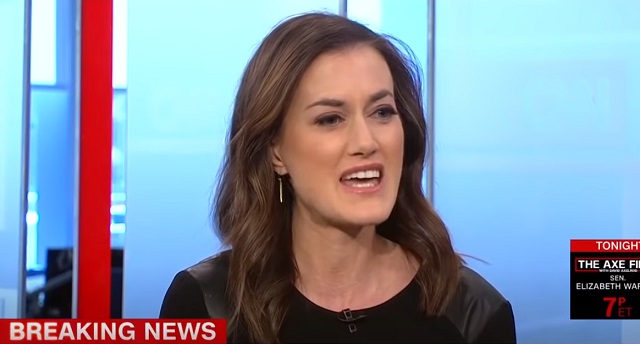 Samantha Vinograd, the Department of Homeland Security’s new acting assistant secretary for counterterrorism and threat prevention in the Office of Strategy, Policy and Plans is a former CNN analyst who said the idea of Americans trying to preserve their heritage makes her “sick.”

While appearing on CNN in March 2019, Vinograd slammed President Trump for giving a speech at CPAC about the importance of preserving our heritage.

“His statement makes me sick, on a personal level,” Vinograd said. “Preserving your heritage, reclaiming our heritage, that sounds a lot like a certain leader that killed members of my family and about six million other Jews in the 1940s.”

“But our national security level, the president talks about preserving our heritage as a catch-all for implementing policies that misallocate resources,” Vinograd continued. “He pretends there are massive flows of illegal immigrants coming over our borders and spending billions of dollars on a border wall emergency instead of paying attention to real national security threats. He sounds a lot like despotic leaders who talked about white heritage and white nationalism around the world and putting resources in the wrong place and pretending there are foreign people trying to influence our country in a way that just isn’t accurate.”