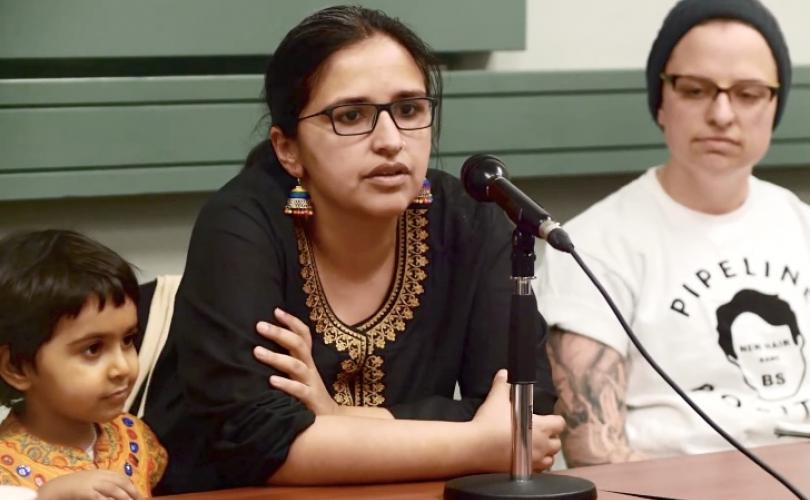 The British Columbia Civil Liberties Association board of directors praised Harsha Walia for stepping down despite her tweet that supported violent acts.

(LifeSiteNews) – The head of a Canadian civil group who called for Catholic churches to be burned “down” in late June resigned from her job after an outcry.

In a statement posted last Friday, the board of directors for the British Columbia (B.C.) Civil Liberties Association (BCCLA) announced they accepted the resignation of Harsha Walia, who served as its executive director.

The BCCLA Board heavily praised Walia for “her bold, skillful, and compassionate leadership” at the organization in the statement about her resignation.

Walia recently sparked online fury after openly calling for violence against Catholic parishes, writing on Twitter in response to news of Catholic churches being torched to “Burn it all down.”

She tweeted in response to the discovery of unmarked graves at now-closed indigenous residential schools once run by the church.

According to a Global News report, shortly after her “burn it all down” tweet, Walia tweeted that it was “totally ridiculous to suggest I am actively calling for arson,” adding that “yes, I do think deadly genocidal colonialism locally and globally needs to collapse.”