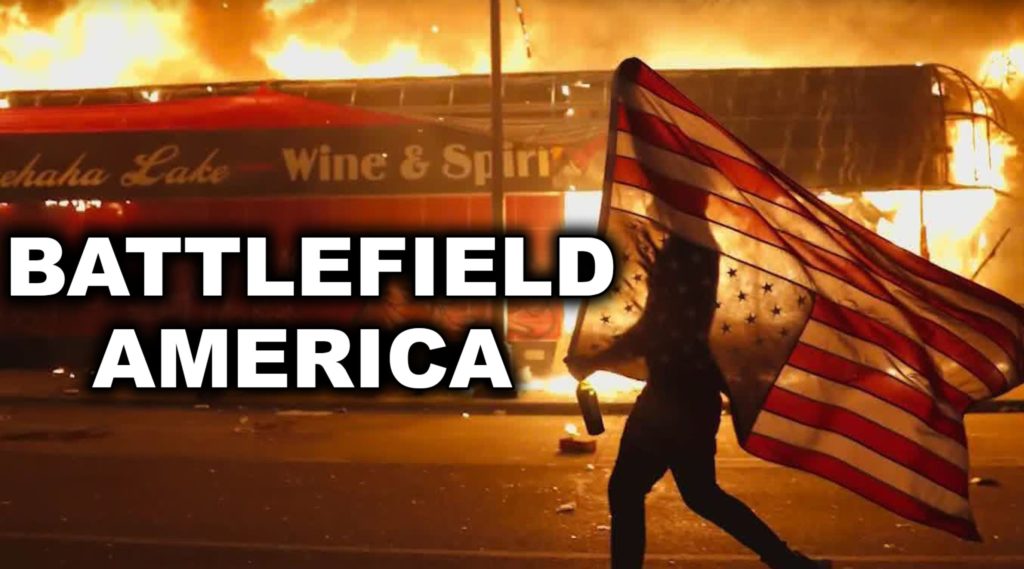 The State of Our Nation: Still Divided, Enslaved and Locked Down

By John Whitehead and Nisha Whitehead

“A house divided against itself cannot stand. I believe this government cannot endure, permanently, half slave and half free. I do not expect the Union to be dissolved—I do not expect the house to fall—but I do expect it will cease to be divided. It will become all one thing or all the other.”—Abraham Lincoln

History has a funny way of circling back on itself.

The facts, figures, faces and technology may change from era to era, but the dangers remain the same.

This year is no different, whatever the politicians and talking heads may say to the contrary.

Sure, there’s a new guy in charge, but for the most part, we’re still recycling the same news stories that have kept us with one eye warily glued to the news for the past 100-odd years: War. Corruption. Brutality. Economic instability. Partisan politics. Militarism. Disease. Hunger. Greed. Violence. Poverty. Ignorance. Hatred.

The more things change, the more they stay the same.

Brush up on your history, and you’ll find that we’ve been stuck on repeat for some time now.

Go far enough afield, and you’ll find aspects of our troubled history mirrored in the totalitarianism of Nazi Germany, in the fascism of Mussolini’s Italy, and further back in the militarism of the Roman Empire.

We’re like TV weatherman Phil Connors in Harold Ramis’ classic 1993 comedy Groundhog Day, forced to live the same day over and over again.

Here in the American police state, however, we continue to wake up, hoping each new day, new president and new year will somehow be different from what has come before.

Unfortunately, no matter how we change the narrative, change the characters, change the plot lines, we seem to keep ending up in the same place that we started: enslaved, divided and repeating the mistakes of the past.

You want to know about the true State of our Nation? Listen up.

The State of the Union: The state of our nation is politically polarized, controlled by forces beyond the purview of the average American, and rapidly moving the nation away from its freedom foundation. Over the past year, due in part to the COVID-19 pandemic, Americans have found themselves repeatedly subjected to egregious civil liberties violations, invasive surveillance, martial law, lockdowns, political correctness, erosions of free speech, strip searches, police shootings of unarmed citizens, government spying, the criminalization of lawful activities, warmongering, etc.

The predators of the police state have wreaked havoc on our freedoms, our communities, and our lives. The government does not listen to the citizenry, refuses to abide by the Constitution, and treats taxpayers as a source of funding and little else. Police officers shoot unarmed citizens and their household pets. Government agents—including local police—remain armed to the teeth and act like soldiers on a battlefield. Bloated government agencies continue to fleece taxpayers. Government technicians spy on our emails and phone calls. And government contractors make a killing by waging endless wars abroad.

Consequently, the state of our nation remains bureaucratic, debt-ridden, violent, militarized, fascist, lawless, invasive, corrupt, untrustworthy, mired in war, and unresponsive to the wishes and needs of the electorate.

The policies of the American police state continue unabated.

The Executive Branch: All of the imperial powers amassed by Donald Trump, Barack Obama and George W. Bush—to kill American citizens without due process, to detain suspects indefinitely, to strip Americans of their citizenship rights, to carry out mass surveillance on Americans without probable cause, to suspend laws during wartime, to disregard laws with which he might disagree, to conduct secret wars and convene secret courts, to sanction torture, to sidestep the legislatures and courts with executive orders and signing statements, to direct the military to operate beyond the reach of the law, to act as a dictator and a tyrant, above the law and beyond any real accountability—were inherited by Joe Biden.

Biden has these powers because every successive occupant of the Oval Office has been allowed to expand the reach and power of the presidency through the use of executive orders, decrees, memorandums, proclamations, national security directives and legislative signing statements that can be activated by any sitting president. Those of us who saw this eventuality coming have been warning for years about the growing danger of the Executive Branch with its presidential toolbox of terror that could be used—and abused—by future presidents. The groundwork, we warned, was being laid for a new kind of government where it won’t matter if you’re innocent or guilty, whether you’re a threat to the nation or even if you’re a citizen. What will matter is what the president—or whoever happens to be occupying the Oval Office at the time—thinks. And if he or she thinks you’re a threat to the nation and should be locked up, then you’ll be locked up with no access to the protections our Constitution provides. In effect, you will disappear.

Our warnings continue to go unheeded.

The Legislative Branch:  Congress may well be the most self-serving, semi-corrupt institution in America. Abuses of office runs the gamut from elected representatives neglecting their constituencies to engaging in self-serving practices, including the misuse of eminent domain, earmarking hundreds of millions of dollars in federal contracting in return for personal gain and campaign contributions, having inappropriate ties to lobbyist groups and incorrectly or incompletely disclosing financial information. Pork barrel spending, hastily passed legislation, partisan bickering, a skewed work ethic, graft and moral turpitude have all contributed to the public’s increasing dissatisfaction with congressional leadership. No wonder only 31 percent of Americans approve of the job Congress is doing.

The Judicial Branch: The Supreme Court was intended to be an institution established to intervene and protect the people against the government and its agents when they overstep their bounds. Yet through their deference to police power, preference for security over freedom, and evisceration of our most basic rights for the sake of order and expediency, the justices of the United States Supreme Court have become the guardians of the American police state in which we now live. As a result, sound judgment and justice have largely taken a back seat to legalism, statism and elitism, while preserving the rights of the people has been deprioritized and made to play second fiddle to both governmental and corporate interests. The courts have empowered the government to wreak havoc on our liberties. Protections for private property continue to be undermined. And Americans can no longer rely on the courts to mete out justice.

Shadow Government: Joe Biden inherited more than a bitterly divided nation teetering on the brink of financial catastrophe when he assumed office. He also inherited a shadow government, one that is fully operational and staffed by unelected officials who are, in essence, running the country. Referred to as the Deep State, this shadow government is comprised of unelected government bureaucrats, corporations, contractors, paper-pushers, and button-pushers who are actually calling the shots behind the scenes right now.

Law Enforcement: By and large the term “law enforcement” encompasses all agents within a militarized police state, including the military, local police, and the various agencies such as the Secret Service, FBI, CIA, NSA, etc. Having been given the green light to probe, poke, pinch, taser, search, seize, strip and generally manhandle anyone they see fit in almost any circumstance, all with the general blessing of the courts, America’s law enforcement officials, no longer mere servants of the people entrusted with keeping the peace but now extensions of the military, are part of an elite ruling class dependent on keeping the masses corralled, under control, and treated like suspects and enemies rather than citizens. As a result, police are becoming even more militarized and weaponized, and police shootings of unarmed individuals continue to increase.

A Suspect Surveillance Society: Every dystopian sci-fi film we’ve ever seen is suddenly converging into this present moment in a dangerous trifecta between science, technology and a government that wants to be all-seeing, all-knowing and all-powerful. By tapping into your phone lines and cell phone communications, the government knows what you say. By uploading all of your emails, opening your mail, and reading your Facebook posts and text messages, the government knows what you write. By monitoring your movements with the use of license plate readers, surveillance cameras and other tracking devices, the government knows where you go. By churning through all of the detritus of your life—what you read, where you go, what you say—the government can predict what you will do. By mapping the synapses in your brain, scientists—and in turn, the government—will soon know what you remember. And by accessing your DNA, the government will soon know everything else about you that they don’t already know: your family chart, your ancestry, what you look like, your health history, your inclination to follow orders or chart your own course, etc. Consequently, in the face of DNA evidence that places us at the scene of a crime, behavior sensing technology that interprets our body temperature and facial tics as suspicious, and government surveillance devices that cross-check our biometrics, license plates and DNA against a growing database of unsolved crimes and potential criminals, we are no longer “innocent until proven guilty.”