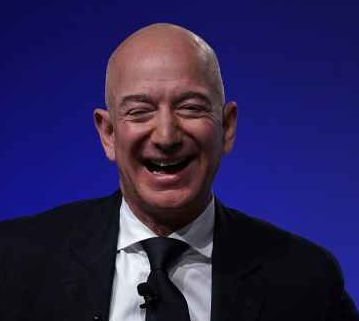 One Day Soon, You’ll Wake Up to Find Your Favorite Website Has Vanished

Joe Biden’s White House is saying the quiet part out loud now. Press Secretary Jen Psaki admitted last week that, in an effort to crack down on COVID-19 “misinformation,” the Biden administration has been sending Facebook lists of topics they want to be censored. They’re not even trying to hide it anymore. Throughout the pandemic, we’ve seen aggressive, unprecedented efforts by Big-Tech giants and their Democrat partners to silence anything that goes against the Official Narrative—whether it’s information on masking, treatments like ivermectin, the efficacy and safety of vaccines, or the election.

Our overlords in the COVID-MSM Government-Industrial Complex have used the pandemic as a weapon to bludgeon Trump and disparage his supporters. They’ve put the health of millions of Americans at risk by politicizing the pandemic and only allowing us to see information approved by politicized bureaucrats and their flacks in the left-wing media. One of the main reasons we launched our VIP subscription program a little over a year ago was so we could bypass the censors and tell the truth about topics that the social media giants and left-wing politicians have declared verboten.

Facebook completely beclowned itself when it decided to censor information that could be seen as agreeing with Trump or vindicating him on the origins of the coronavirus and promising treatments. In March, the company had to admit that it had been premature in its decision to censor information about the lab-leak theory. Then, suddenly, in lockstep, the mainstream media turned on a dime and declared the lab-leak theory plausible. There were no apologies for months of censorship, for denying Americans information that is crucial to their health—or for suppressing information that might have helped Trump in the 2020 election. They’re completely shameless.

Related: The Truth Behind the Partisan Machinations of Facebook’s ‘Fact-Checkers’

We believe that PJ Media was put on some sort of secret Facebook blacklist after the 2020 election. As a result, traffic from Facebook referrals has been reduced nearly 100% over the last year, which has resulted in a massive reduction in our revenue and, more importantly, our reach and influence. While it’s true that some conservative outlets have grown their reach over the last year—so Facebook can point to these token sites to “prove” they’re not censoring us—the vast majority of us on the right are being throttled. I’d be lying if I said we’re not worried.