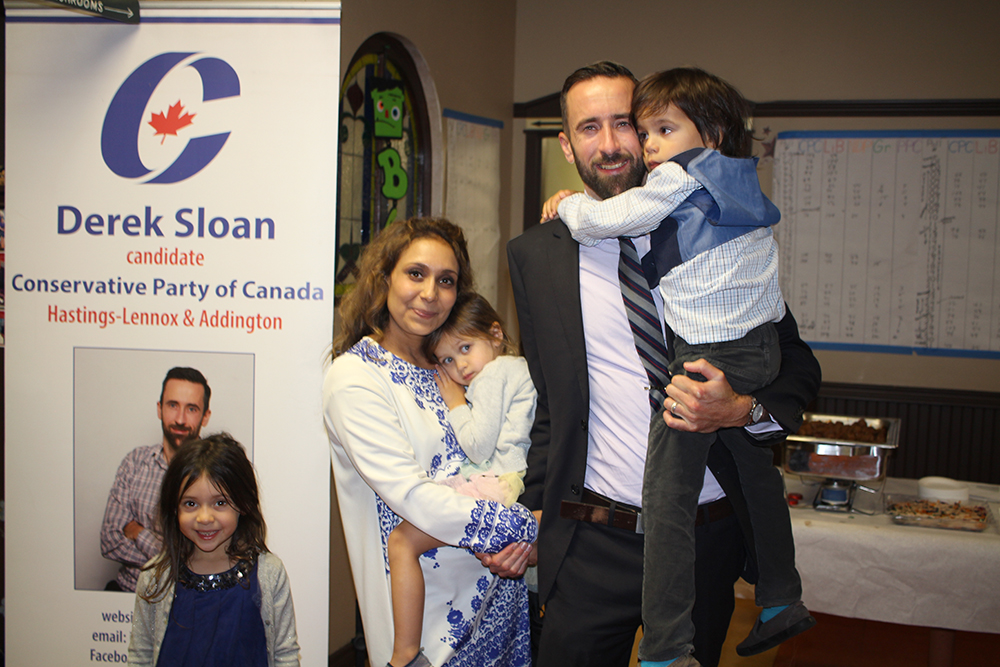 ‘We are organizing now, we are going to light a match, folks,’ Derek Sloan announced at a rally.

“The party will be explicitly pro-life. Now how we get there will be up for discussion, but abortion will not be a neutral idea in the party,” Sloan told LifeSiteNews.

Sloan, who serves as the MP for the Ontario riding of Hastings–Lennox–Addington, first publicly announced he was starting a new party on July 25 while at a rally in Calgary, Alberta.

“We are organizing now, we are going to light a match, folks,” said Sloan at the rally. “It’s going to spread, and it’s going to be the greatest patriotic movement Canada has ever seen.”

Rumors are circulating that the name of the new party is The True North Party of Canada.

Sloan told LifeSiteNews that there is a party mission statement, logo, as well as a name, but he is not able to officially confirm the details until it is approved by Elections Canada. He expects this will be in two to four weeks.

While he has yet to reveal a party name, Sloan did say it will be the “greatest patriotic movement Canada has ever seen.”

“If they have been following closely what I have been saying, then that is what the party will be about,” Sloan told LifeSiteNews.

Sloan added that one of the goals of the party will be to “promote life” for the unborn to those in advanced age. “There will be vigorous discussion [among] the party members about what this will look like, but it will be a pro-life party.”

Sloan told LifeSiteNews that he is confident he will have his party up and running fully in time for any possible late summer or fall federal election, which is expected to be called soon.

According to a True North News report, Bernier personally reached out to Sloan to ask him to join the PPC, but he declined.

Sloan told LifeSiteNews that he did speak with Bernier about their shared interests, but said what Canada needs now is a party that stands for “certain values.”

Sloan said he is “willing to work” with the PPC in any future coalition should the situation arise, and that he is not worried about vote-splitting among the conservative-minded voters.

“At my rallies, I ask those, ‘Does anyone here think Erin O-Toole will win?’ Not one hand went up,” Sloan told LifeSiteNews. “We need all hands-on deck to fight and take Canada back.”

In recent months, Sloan has come out strongly against COVID-19 lockdowns, the idea of “vaccine passports” as well as mandatory vaccinations.

Recently, he hosted a press conference on Ottawa’s Parliament Hill with doctors and researchers who all agree that the censorship of those who question the mainstream media narrative relating to COVID must end.

Sloan told the crowd at the 2021 Canadian National March for Life that he has “always been pro-life” and that he does not believe having a family “slows down your life.”

Sloan was ousted as a CPC MP by O’Toole in early 2021. O’Toole claimed that the booting of Sloan from the party had nothing to do with his staunch social conservative bent.

In 2020, Sloan was one of four candidates who ran for the leadership of the CPC, which elected O’Toole in August last year. Sloan came in fourth place behind Leslyn Lewis and Peter MacKay.