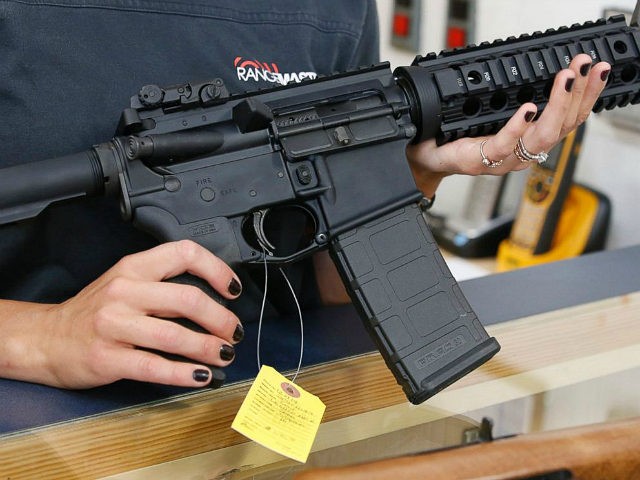 Taliban executions remind Americans to never give up arms they need for the primary reason the Constitution guarantees their right to have them.

In Afghanistan the world is again seeing that radical Islam is an ideology premised on murdering non-believers and using that example to intimidate everyone else. Historically, the same has been true of leftism, when its adherents have achieved totalitarian control in a country.

Leftists don’t have totalitarian control in America yet, so over the last few years they have mostly given us a heads-up about their desires by rolling out mock guillotines during their protests and riots, posing for photographs with mock-ups of President Trump’s guillotined head, talking about burning down the White House, and on social media wishing death upon Trump, his supporters, and Americans who express skepticism about the 2020 presidential election, masks, or vaccines.

However, they are working toward totalitarian control, by opening the border to people they think are future Democrat voters; proposing that felons, illegal aliens, and minors be allowed to vote; threatening to pack the Supreme Court; pushing federal legislation to take over election rules to benefit the Democrat Party; and, as Democrats have done for decades, stealing elections.

Even if they had totalitarian control, they would still need a willing army to do in America what they have done in every other country in which they have achieved it—disarm, then round up and kill or imprison their opponents. Under the noses of naïve, uniform-worshipping Americans who have assumed everyone in the military has the same values they do, the transformation of the military has been underway for a long time. It is being continued by the Biden administration and its Marxism-enabling sycophants among the military’s senior commissioned and non-commissioned officer ranks, but it is not complete, particularly in the military’s all-important combat arms elements.