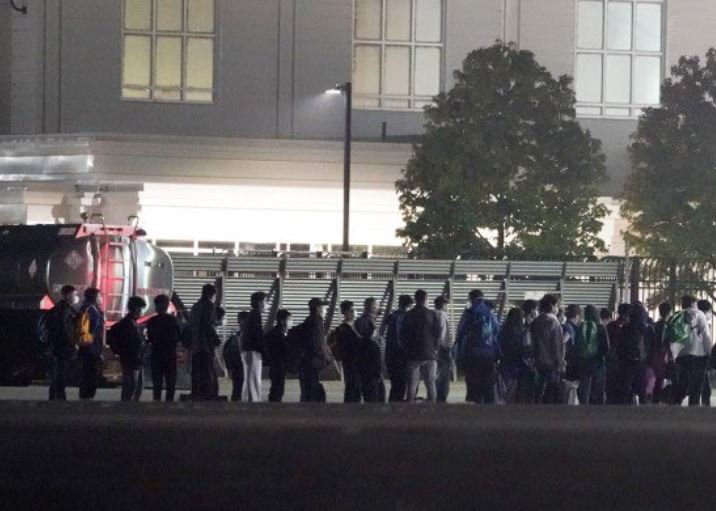 Joe Biden has secretly been flying underage migrants to New York state for resettlement in the dead of night.

The US is expecting 400,000 migrants to cross into the US this month, a new record under Joe Biden. The migrants are being shipped across the US after they cross the open US border with Mexico.

Hundreds of underage migrants are being secretly flown from Texas to New York for resettlement by the Biden administration, an investigation has learned.

The programme is an effort by the White House to resettle migrants across the state, according to the New York Post, and comes amid the on-going border crisis that has overwhelmed immigration officials this summer.