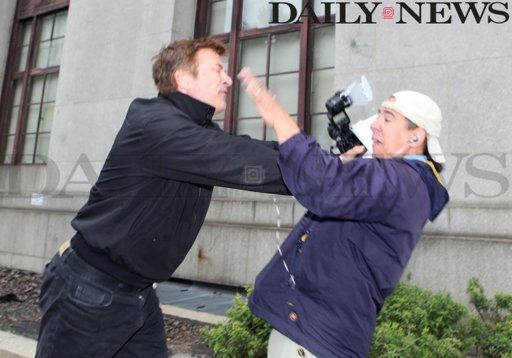 I just need to get this out before my spleen explodes: As every responsible gun owner probably knows, actor Alec Baldwin’s firearm discharge wasn’t “accidental,” it was negligent. An accidental discharge happens when, for example, you pull up your pants and your gat goes off. A negligent discharge is when a gun is purposefully discharged but in a negligent manner. Like, if a film crew member says, “We need to shoot that again” and you pick up your REAL gun and say, “How about if I shoot you two instead” and you shoot them.

There are no words to convey my shock and sadness regarding the tragic accident that took the life of Halyna Hutchins, a wife, mother and deeply admired colleague of ours. I’m fully cooperating with the police investigation to address how this tragedy occurred and

The “prop” gun Alec Baldwin shot two people with had been accidentally OR negligently discharged, at least twice, several days earlier, according to film crew members working on the movie Rust. Alec Baldwin’s stunt-double somehow discharged the gun twice on the Bonanza Creek Ranch movie set. Apparently, he was told the gun was “cold,” meaning it wasn’t loaded with bullets or blanks.