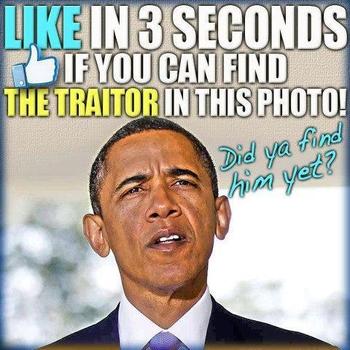 A letter has been uncovered that shows that Barack Obama maintained classified records in an unsecured storage facility in a furniture warehouse.  Yet, the FBI never raided the warehouse?

The FBI raided President Trump’s home in Mar-a-Lago in August.  This corrupt gang under Biden AG Merrick Garland claimed they were after classified documents.  It was also reported that the FBI was after nuclear-related documents but that was a lie. Biden’s White House claimed they didn’t know about it.  This was also a lie.

Never in US history had a President’s home been raided by the FBI.

It was clear that the FBI wanted documents housed by President Trump.  The most likely reason to date is that the FBI didn’t want any of the documents released to the public that showed that the corrupt FBI and DOJ leftovers from the Obama regime were involved in a coup of the Trump Presidency.

TRENDING: They Can’t Win if They Don’t Cheat… House Democrats Vote to Give Aliens the Right to Vote — IN UNANIMOUS VOTE!