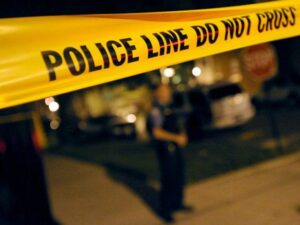 Anderson Lee Aldrich, the suspect who allegedly shot and killed five people and wounded at least 18 others over the weekend at an LGBTQ nightclub in Colorado, identifies as non-binary and uses “they/them” pronouns, according to a court filing on Tuesday night.

However, Aldrich’s public defender revealed that Aldrich is “nonbinary” and uses “they/them pronouns,” the New York Times reported. In addition to the pronouns, Aldrich is referred to as “Mx. Aldrich” in the court filings.

“Anderson Aldrich is nonbinary,” a footnote in the filing states. “They use they/them pronouns, and for the purposes of all formal filings, will be addressed as Mx. Aldrich.”

In new court filing, public defenders for the suspect in the mass shooting at a Colorado gay club that left 5 people dead say that their client is non-binary and that “they use they/them pronouns.” The lawyers refer to their client as Mx. Anderson Aldrich. pic.twitter.com/dPaUpiFXKN