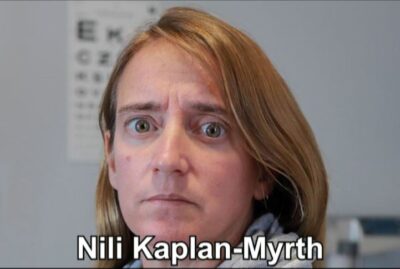 The trustee who tabled the motion said she is ‘disgusted that anti-maskers’ tactics prevailed.’

(LifeSiteNews) — The Ottawa-Carelton District School Board’s vote on whether to impose mask mandates in its schools was delayed last night after parents showed up to the meeting in protest.

Tuesday evening’s special board meeting was called so trustees could vote on a motion proposed by trustee Dr. Nili Kaplan-Myrth to force students and staff to don masks for the remainder of flu season.

The meeting was adjourned before a vote being taken after consistent disruptions by attendees, with the measure ultimately being tabled until the next meeting.

During and after the meeting, video footage of the tumultuous event began to pop up on social media, showing dozens of angry meeting attendees voicing their displeasure with Kaplan-Myrth’s motion and mask mandates more broadly.

In one video, people can be heard shouting “Shame!” at Kaplan-Myrth, with another man yelling “You’re a fraud!” as the meeting area was clearing out.

Less rowdy footage of the meeting featured a “father of three children” in the district speaking in front of the board, outlining his reasons for opposing a return to mask mandates in the school district.