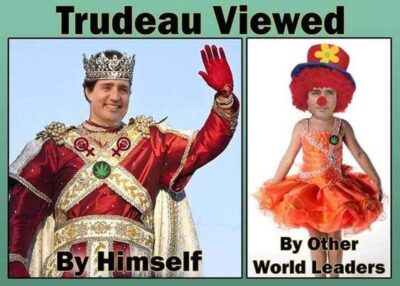 Addressing an official commission created to investigate Trudeau’s decision in February to activate the Emergencies Act for the first time in Canada’s history, the PM argued it was a “tough” but necessary decision given the chaotic demonstrations gripping the country at the time.

“First of all, what if the worst had happened in those following days? What if someone had gotten hurt?” he asked. “What if, when I had an opportunity to do something, I had waited and we had the unthinkable happen?”

Though Trudeau noted he was willing to have dialogue with some protest leaders, the PM said that holding such negotiations could have set a bad “precedent” for the future of Canadian democracy, suggesting that street demonstrations should not seek to directly affect government policy.

“I’m worried about setting a precedent that a blockade of Wellington Street can lead to changing public policy… We have a robust functioning democracy and protests, public protests, are an important part of making sure Canadians are getting messages out there and highlighting how they feel about various issues,” he said.

But using protests to demand changes to public policy is something that I think is worrisome.

Trudeau went on to say it is his job as prime minister to “to keep Canadians safe,” and that his choice to use the emergency powers was made on the “collective advice” of his cabinet.

Dubbed the Freedom Convoy, the protests kicked off last January and endured for a little over one month. Though more typical protest rallies erupted across the country, many long-haul truck drivers also staged blockades at sites along the US-Canada border as they demanded an end to various pandemic restrictions, namely vaccine and mask mandates.

Trudeau sharply denounced the convoy, slamming the blockades for disrupting the regular flow of goods, and even going as far as to say the protesters posed a threat to Canadian democracy. His decision to invoke the 1988 Emergencies Act authorized police – and, theoretically, the military – to take harsher action against demonstrators, including the seizing of trucks, bank account shut-downs, and the suspension of insurance.

The move was especially controversial among conservatives and civil liberties organizations, prompting the government to create a ‘Public Order Emergency Commission’ to investigate whether the decision was appropriate. Trudeau’s testimony on Friday capped off six weeks of hearings before the commission, which still has yet to reach a final conclusion about whether the PM was justified in using the Emergencies Act.