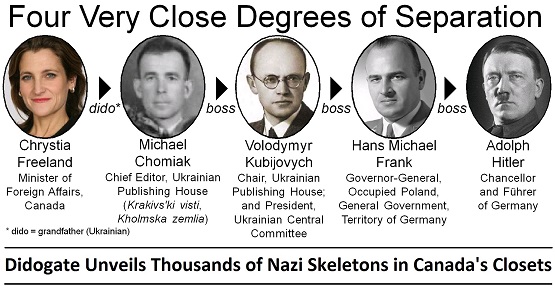 Deputy Prime Minister Chrystia Freeland claims she froze the bank accounts of ordinary Canadians opposed to draconian Liberal government COVID-19 mandates to avoid “blood on the face of a child.”

Freeland was testifying before the Public Order Emergency Commission on Thursday when she made the dramatic remarks.

“My perspective at the time, and also with hindsight…a virtue of these measures was no blood on the face of a child. No physical coercion required, and I thought that it was good that we came up with a way of creating some economic incentives for people to leave,” said Freeland.

By invoking the federal Emergencies Act in February, the Liberal government utilized anti-terrorism financing powers to freeze the bank accounts of protesters who refused to leave Ottawa.