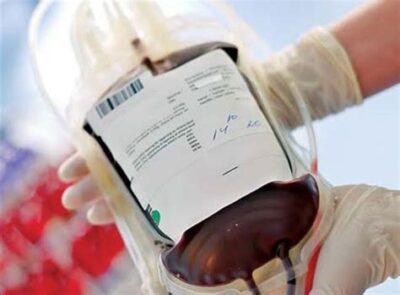 Unvaccinated patients who require transfusions can now access “pure blood” thanks to a new service called “SafeBlood Donation,” which was launched by a Swiss naturopath named George Della Pietra.

SafeBlood Donation, which currently has members in at least 16 countries, has the long-term goal of opening blood banks that provide its members with unvaccinated plasma, VICE reported.

According to George Della Pietra, the demand for “pure blood” has skyrocketed globally.

The Gateway Pundit previously reported that a peer-reviewed study in Italy found that 94% of people who experienced side effects after receiving mRNA vaccines had abnormal blood and contained foreign matter one month after vaccination.