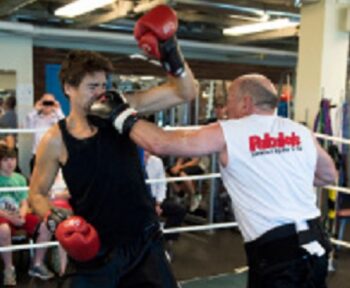 On September 28, 2022, Breitbart News reported that Trudeau’s “assault weapons” ban includes confiscatory policies that required police cooperation, and that Alberta Justice Minister Tyler Shandro made clear he would not enforce it.

Moreover, Shandro noted he had “plans to seek intervener status” in legal challenges to have the ban declared unconstitutional.

The Washington Post observed that Alberta is not alone. New Brunswick and Saskatchewan are not cooperating to implement the confiscatory policies either, and Manitoba is also refusing.

In late September the Counter Signal pointed out that Manitoba Minister of Justice Kelvin Goertzen had numerous concerns, one of which was that police resources would be used to target lawful gun owners.

He added, “We will be bringing these concerns, along with the shared concern of Saskatchewan and Alberta, directly to the federal government next month in meetings of Ministers of Justice and Ministers of Public Safety.”

When Trudeau put the “assault weapons” ban forward in 2020, Breitbart News reported that it included numerous bolt-action rifles. (Firearms which the left labels “assault weapons” are typically semiautomatic firearms which accept detachable magazines and have certain cosmetic features, such a collapsible stock and/or a heat shield or threaded barrel.)

The National Post published a list of the 1,500 firearms prohibited by Trudeau’s “assault weapons” ban. That list includes the Barrett M99, which is a single shot bolt-action rifle designed for long range shooting. His ban also includes the SIG 50, the Bluegrass Armory VIPER XL50 BMG, the Odessa Patriot 50, the Mitchells Mausers M93 Black Arrow Target, and numerous other bolt-action firearms.

AWR Hawkins is an award-winning Second Amendment columnist for Breitbart News and the writer/curator of Down Range with AWR Hawkins, a weekly newsletter focused on all things Second Amendment, also for Breitbart News. He is the political analyst for Armed American Radio and a Turning Point USA Ambassador. AWR Hawkins holds a PhD in Military History with a focus on the Vietnam War (brown water navy), U.S. Navy since Inception, the Civil War, and Early Modern Europe. Follow him on Instagram: @awr_hawkins. You can sign up to get Down Range at breitbart.com/downrange. Reach him directly at [email protected].