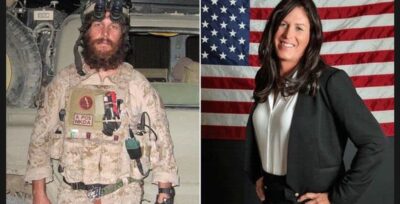 Retired Navy SEAL Made Famous By Becoming Trans Reveals He Has Detransitioned: ‘Destroyed My Life’

A retired U.S. Navy SEAL who became famous a decade ago for becoming transgender said in a recent interview that he detransitioned because it ruined his life.

Chris Beck, who became Kristin Beck and has now returned to his original name, served in the SEAL teams for two decades in various theaters of combat, including Afghanistan and Iraq, and was awarded 29 medals for his service.

Beck gained national attention after a 2013 interview with CNN where he announced that he was transgender. He now warns that “everything you see on CNN with my face, do not even believe a word of it.”

Beck said that traumatic things that happened to him as a kid and how he was raised was “not an excuse for a psychologist to push their agenda and that’s what happened.” He encouraged people to work on whatever inner issues they have and to deal with their trauma first before pursuing transgenderism.