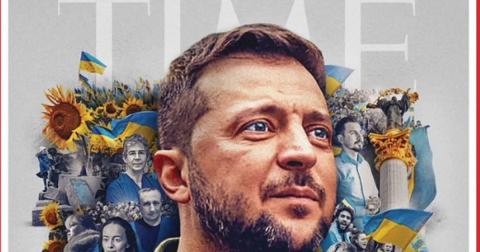 TIME’s Person of the Year, President Volodymyr Zelensky, is praised for liquidating a Kyiv anti-corruption court.

President Volodymyr Zelenskyy hailed his dissolution on Tuesday of a Kyiv court as evidence Ukraine can fight to end a history of corruption and Russia’s invasion at the same time.

“This story has drawn to a close,” he said as he announced he had signed a law liquidating the Kyiv District Administrative Court, which Ukrainian anti-corruption authorities had compared to a criminal organization and whose chairman was hit with U.S. sanctions Dec. 9.

TRENDING: MUST READ… False Flag Fedsurrection in Brazil: Several “Imposters” Identified After They were Caught on Camera Conducting Acts of Terror Dressed as Bolsonaro Supporters